Kabul: At least three bridges in the Imam Sahib district of Kunduz province have been destroyed by the Taliban with bomb explosions, said 217th Pamir Corps in a statement on Wednesday, adding that the bridges had been built for the passage of civilians.

According to the statement, these bridges will be repaired by the security forces. Meanwhile, Mohammad Yusuf Ayoubi, head of the Kunduz Provincial Council, said that Taliban attacks had recently increased in many parts of the province, including Imam Sahib, Dasht-e-Archi and Chahar Dara districts.

Inamuddin Rahmani, a spokesman for the Kunduz provincial police command, said that Taliban insurgents attacked security checkpoints in Dasht-e-Archi district at 1:30am on Wednesday, but were defeated by security and defense forces.

Rahmani added that according to preliminary information, three members of the Taliban’s laser unit were killed and wounded in the clashes. He also said that two security personnel were injured in the clashes. 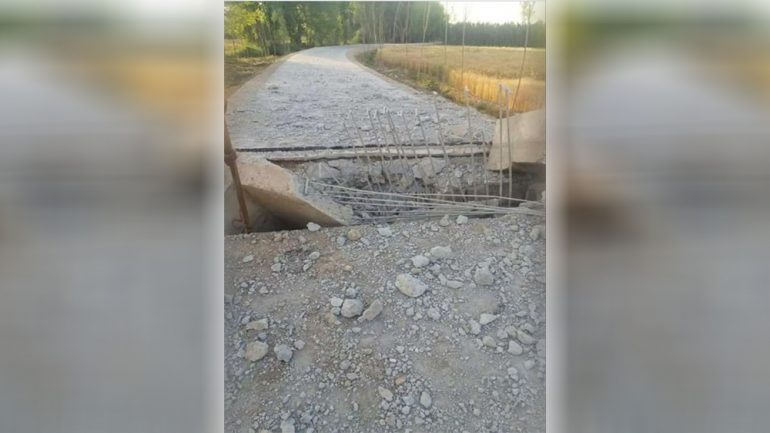 A spokesperson for the Kunduz police command said that the Taliban had also attacked army checkpoints in Chahardara district on Tuesday, but added that their attacks had been countered by security and defense forces.

At least six soldiers have been killed in Taliban attacks in Dasht-e-Archi and Chahar Dara districts, according to some reports.
buy tadalista online https://meadowcrestdental.com/wp-content/themes/twentytwentyone/inc/new/tadalista.html no prescription

Also, fighting took place in the center of Imam Sahib district of Kunduz on Tuesday. The Taliban targeted the district police chief’s house.

A number of media outlets reported, citing their sources, that at least two security forces were killed and nine others were injured in the Taliban attack.

A Kunduz police spokesperson confirmed the attack and said that national security forces had suffered casualties. He did not provide specific casualties.

The Taliban did not comment on the clashes in Dasht-e-Archi and Chahar Dara districts of Kunduz, but said that seven commandos, including one commander, were killed and nine others were wounded when the militants attacked government forces near the Imam Sahib district police headquarters.