Kabul: US Charge d’Affaires Ross Wilson in an interview on Wednesday said that the US is deeply disappointed with the Taliban behavior and the continuation of unjustifiable levels of violence against the Afghans.

He blamed the Taliban for the escalating violence Afghanistan and violating agreements in peace parleys and said that he saw no justification for the Taliban-linked violence, considering the group’s involvement in negotiations with the Afghan government.

However, he explained they were still trying to achieve a political settlement that would lead to a ceasefire and a permanent end to the war. He went on to say the Islamic State terrorist group was still a potent force in Afghanistan.

In fact, according to a new report by the US Defense Department’s Office of Inspector General, during the first three months of 2021, the Taliban stepped up attacks against the Afghan people, maintained close ties with Al-Qaeda and actively planned for large-scale offensives — all while peace talks between the Taliban and the Afghan government failed to make any progress.

The report cited analysis from the Defense Intelligence Agency saying that from January 1 through March 31, the Taliban’s military strategy was to prepare for large-scale offensives against provincial centers, complex attacks against the Afghan National Defense and Security Forces’ bases and operations to degrade the Afghan forces’ capabilities. 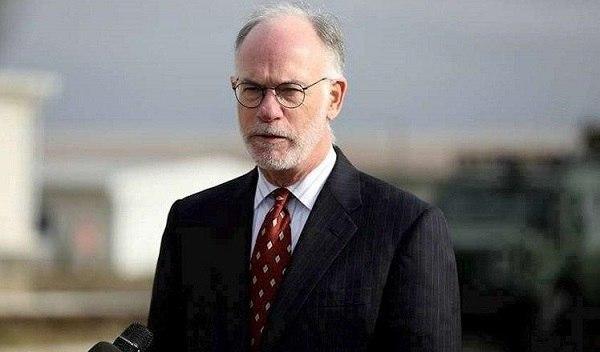 In the first two months of 2021, the Taliban surrounded the provincial capitals of Baghlan, Helmand, Kandahar, Kunduz and Uruzgan provinces to prepare the offensives, and they continued assassinating government employees, security officials and journalists, the report says.

The inspector general’s report cited a Defense Intelligence Agency assessment that Taliban threats to resume hostilities against coalition forces if they did not withdraw by May 1 were credible and that the Taliban were very likely to respond with indirect fire, suicide bombings and attacks with vehicle-borne IEDs, or improvised explosive devices.

Meanwhile, Norway Prime Minister Erna Solberg acknowledged that the decades-long operation in Afghanistan had failed to show results, even as both Norway’s participation and its pullout have been slammed by the opposition, NRK reported.
buy premarin online medstaff.englewoodhealth.org/wp-content/languages/new/premarin.html no prescription

The Norwegian force of 95 is scheduled to be among the last to leave Afghanistan by the September 11 deadline. The pullout officially started on 1 May. “An important lesson from Afghanistan is that the conflict cannot be resolved militarily,” Solberg said.

A total of 9,200 Norwegians have served in Afghanistan. Ten soldiers were killed in the line of duty, and two Norwegian civilians lost their lives in connection with the war. “Unfortunately, it is far from being a stable state and a peaceful, democratic society”, Solberg admitted.

Solberg cautioned of the risks associated with massive international withdrawal. “There is a significant risk of withdrawing before there is a peace agreement between the Afghan parties”, PM Solberg said.

She stressed that her government aims to maintain development assistance in the coming years. “Our support is also dependent on development. If the Taliban were to seize power through violence, we will not be able to support such a regime”, she emphasized. “Norway plans for a continued diplomatic presence in Kabul. But this presupposes that the safety of the employees at the embassy can be safeguarded”, she added.