Kabul: At least seven people have been killed and 14 people were injured after a fire broke at the northern gate of Kabul in the Karizmir area of the Shakardara district of the province on Saturday night, said Kabul administration’s Interior Ministry Spokesman Tariq Arian.

According to him, some of the injured are in good health and have been released from the hospital after initial treatment.

The Interior Ministry spokesperson had previously said that dozens of fuel tankers had been destroyed as a result of the fire. He emphasizes, however, that these are initial figures and may change. 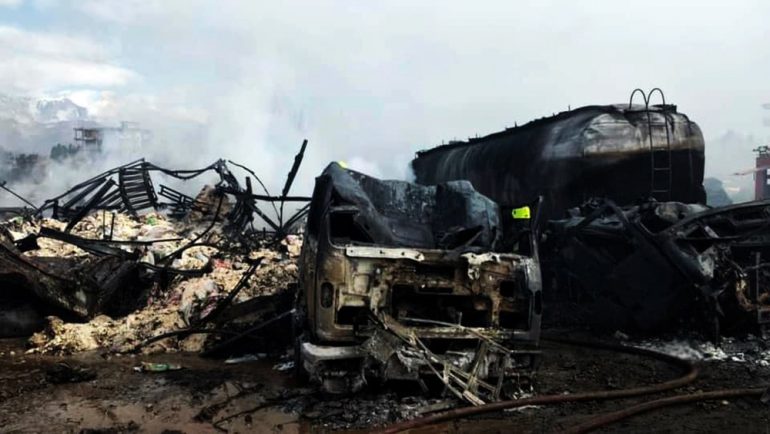 Arian said that efforts are underway to extinguish the fire which started from a “tanker” and then, spread further. The exact amount of damage caused by the fire has not been determined yet.

At the same time, the Afghan Breshna Company announced on Saturday that due to the fire, the 220 kV line of imported electricity was cut off and most areas of Kabul were without electricity. On Sunday morning, however, Breshna announced that the power line had been reconnected and work was underway to connect a second line.

Meanwhile, a number of drivers injured in the fire have reportedly protested and blocked the Kabul-North highway from traffic.