Kabul: At a seminar discussing peace in Afghanistan, Mohammad Mohaqiq, leader of the Islamic Unity Party of Afghanistan and senior adviser to President Ashraf Ghani on security and political affairs, said that the UN Security Council should recognize the attack on the Sayyid al-Shuhada girls’ school in western Kabul as “genocide” and prosecute the perpetrators.

The seminar was titled, Discussing the Last Hundred Years and Joint Support for Peace in Afghanistan” and was hosted by the Chinese Embassy in Kabul. The United Nations Security Council had condemned the attack calling it cowardly and brutal and sought the perpetrators to be brought to justice.

The Sayyid al-Shuhada school in western Kabul was attacked on May 8 with a car bomb and two landmines. The attack garnered widespread reactions. The Afghan Independent Human Rights Commission (AIHRC) and Sarwar Danesh, the second vice-president, described it as genocide and a crime against humanity.

The families of the victims have also called for the Afghan government and the international community to recognize it as an example of “genocide.” 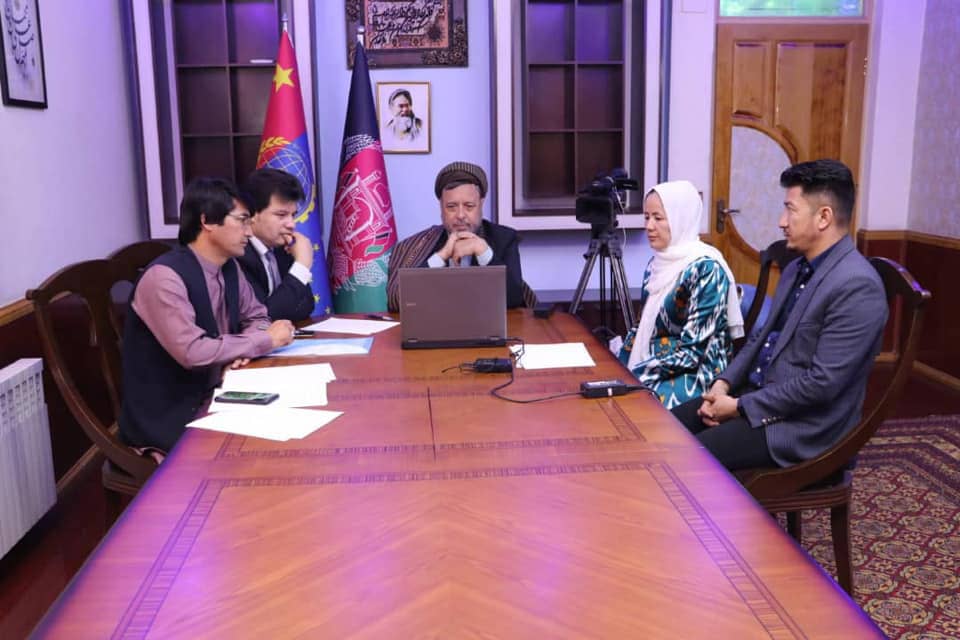 Meanwhile, in order to bring peace and stability in Afghanistan and reduce the violence, Democratic US Senator Chris Van Hollen has said the Reconstruction Opportunity Zones (ROZs) in Pakistan and Afghanistan border regions will help usher in political stability and block the way for elements like al-Qaeda and ISIS after US withdrawal from Afghanistan.

Karachi-born Senator Van Hollen said so in virtual conference on the Pakistan-Afghanistan Economic Development Act with the Pakistani and US journalists which was hosted by Pak origin Democratic leader Tahir Javed. He said that through this, they have revived the effort to introduce these incentives to business in Pakistan and Afghanistan to promote employment and business activity to limit the likely chaos after US exit.

There are three ROZs proposed in Pakistan in newly merged areas of Khyber Pakhtunkhwa (KP), other settled districts of KP and in areas in Balochistan which border Afghanistan. The senator said that he was open to extend the validity of present bill beyond proposed time line of 2030. He said that the bill offered duty free access to Pakistani origin textile and apparel products and more products can be added in coming years subject to US trade considerations.

International stakeholders of the Afghan peace process also met to discuss the security situation in the country. Russian Foreign Minister Sergei Lavrov said that he had discussed with US Secretary of State Antony Blinken the situation in Afghanistan.

“We agreed to continue our joint actions, which are developing quite successfully, on regional conflicts where the interests of the United States and Russia coincide. This is Afghanistan, where the expanded troika consisting of Russia, China, the United States, Pakistan is actively working. We discussed how at this stage we can make all our joint actions more effective,” Lavrov said following the meeting with Blinken.