Kabul: Afghan cricketer Rashid Khan has called on global leaders to increase efforts to bring peace to the region.

“I am not a politician, but I want world leaders to bring peace to the region. I grew up in a war, I know what children are afraid of. I can no longer see it. Every day I see children being killed in Palestine and Afghanistan. We have to stand up for what is right,” he wrote on his official Twitter page today. 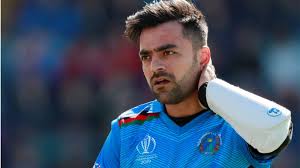 He has repeatedly called for education and other rights for poor Afghan children.

Kabul: The Ministry of Public Health (MoPH) on Sunday reported 547 new positive cases of the…