Kabul: In a statement released on Monday, the Amnesty International has highlighted the poor progress in the Afghan peace process and how it affects the progress made in the field of women’s rights in the country.

The human rights organization said that it is gravely concerned that the current peace talks with the Taliban, alongside the proposed unconditional withdrawal of US forces, offer no confidence that the government of Afghanistan is committed to protect the gains seen over the last twenty years of the human rights of all people in Afghanistan. A new date for a high-level round of peace talks in Istanbul, postponed since April, is yet to be confirmed and the rights of all individuals hangs in the balance.

“Afghanistan is at a tipping point. As peace talks falter, the conflict continues to take the lives of civilians on an almost daily basis. Taken alongside the forthcoming withdrawal of international troops, Afghanistan is drifting towards an outcome that threatens to undo more than twenty years of progress for women and girls,” said Yamini Mishra, Amnesty International’s Asia-Pacific Director. 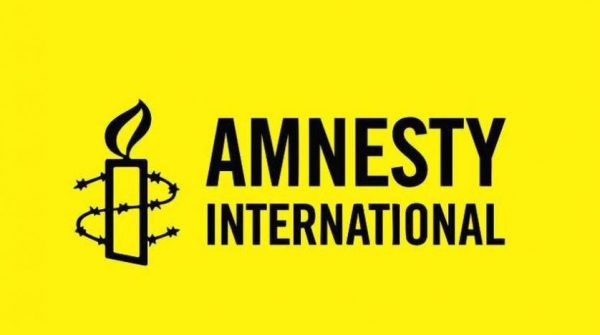 The organization also highlighted that the fact that there is almost zero representation of women in the peace talks with the current composition of the delegations of both the Taliban, with zero women representation, and the government of Afghanistan, with limited women participation of four members. In the March peace conference on Afghanistan in Moscow, only one woman was included in the 16-member government delegation. It added that all parties to the peace talks must ensure an effective guarantee for the enjoyment of all human rights and especially women’s rights after the foreign troop withdrawal.

The organization also called for the full, equal and meaningful representation of women at all stages of the peace process and stated that the UN Security Council also has consistently affirmed the importance of women’s equal participation in peace.

Under Taliban rule from 1996-2001, Afghan women were subjected to severe restrictions including being banned from working outside the home and appearing in public without a close male relative. Women and girls were further denied access to education and had limited access to healthcare. These restrictions still invariably apply to women in areas currently controlled by the Taliban.

Now, there are now 3.3 million girls in education, and women more actively participate in the political, economic and social life of the country. However, Afghan women still face major obstacles to the full realization of their rights. According to UNICEF, 2.2 million Afghan girls still do not attend school.

“The significant under-representation and frequent side-lining of women throughout these talks is indicative of how far there is still to go. The Afghan government must ensure inclusive and meaningful participation of women in the talks,” said Yamini Mishra.