Kabul: A technical cooperation agreement has been signed between the Ministry of Justice and the Deutsche Gesellschaft für Internationale Zusammenarbeit (GIZ) in Afghanistan on Tuesday to increase access to justice, raise the legal awareness of citizens, especially women, and improve the state of justice in the war-torn nation.

Justice Minister Fazl Ahmed Manawi and Brand Miser Schmidt, Project Manager of supporting the rule of law Office (GIZ) were the signatories of the agreement under which the German government has pledged €4.5 million to the Afghan government for the rule of law, access to justice for citizens, raising the legal awareness of citizens, especially women, in the northern provinces, strengthening the effectiveness of the Ministry of Justice and improving the situation of the judiciary and the police, according to the constitution. The agreement will last till 2023.

Manawi said, “This agreement signifies that international community continues to work with the Afghan government despite the troop withdrawal. Afghanistan is now making good progress in various sectors, especially the military sector. We have to be more serious in providing services to the people, and that is why we are working harder than ever before, especially in the area of rule of law.” 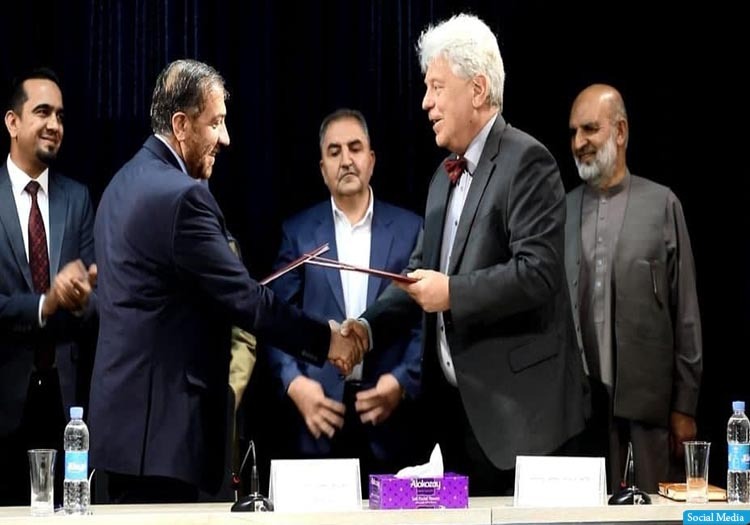 “We hope to act more decisively after this and increase the people’s access to justice,” he added.

“We also work in the field of women’s rights, especially in remote parts of Afghanistan, and the agreement will establish bilateral cooperation between the Ministry of Justice and the GIZ, which we hope will be implemented,” Schmidt said.

The GIZ agreement with the Ministry of Justice includes a 30% increase in the handling of legal cases involving women, the preparation and implementation of development plans for the directorates of justice, the preparation and publication of legislation on women and capacity building for law enforcement officials. The purpose of better handling of cases is set as an indicator.