Kabul: Hayatullah Dayani, the former head of the Pashtany Bank and three other officials of the bank have been sentenced to five years and one month in prison for the embezzlement of USD 900,000, announced the Supreme Court on Tuesday. 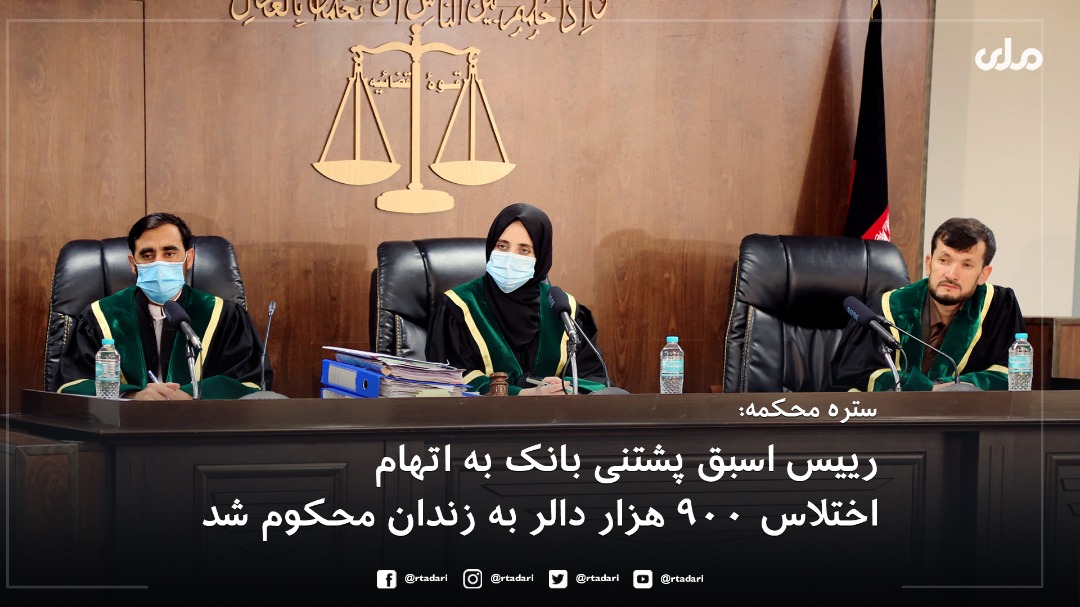 Ahmad Fahim Qawim, head of legal and judicial studies and spokesperson for the Supreme Court, said that all parties to the case were present at the hearing, and the appellate court eventually sentenced each of the defendants to imprisonment.

The Court of Appeals for Combating Serious Crimes has sentenced the defendants for the corruption charges.