Kabul: Seeking broader bilateral and strategic ties that extend beyond the cooperation in Afghanistan, Pakistan and US National Security Advisers (NSA), Moeed Yusuf and Jake Sullivan, met for the first time in Geneva on Sunday.

Islamabad and Washington committed to continue the conversation to advance cooperation in Pak-US bilateral relations. This is the first such high level non-military meeting in person between the two sides after the Biden administration took over in January.

Moeed Yusuf was notified as the NSA a few days ago after a meeting with Prime Minister Imran Khan, and now will have the status of a federal minister.

“Both sides had a positive conversation on a range of bilateral, regional and global issues of mutual interest and agreed to advance practical cooperation on these issues,” said a statement from the office of Pakistan’s NSA.

The Ministry of Foreign Affairs confirmed that senior members from the ministry also accompanied NSA Moeed Yusuf and it was not just an NSA to NSA meeting, but a broader Pak-US bilateral meeting. 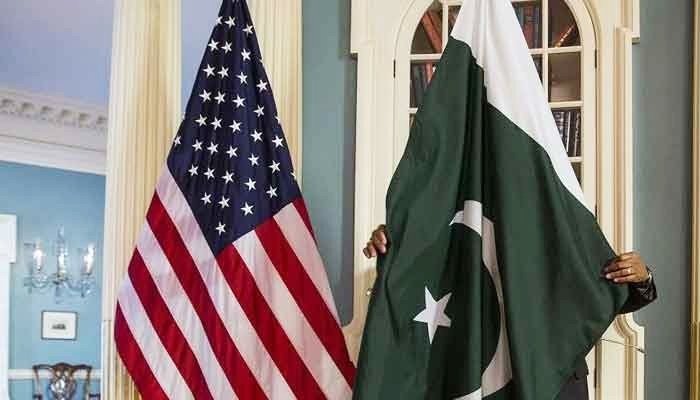 However, neither the Foreign Office nor the NSA office gave further details about this important meeting which comes in the wake of withdrawal of US troops in Afghanistan and with Pakistan agreeing to allow US to use ground and air routes but only for withdrawal from Afghanistan.

The reason for choosing a third country like Geneva for the meeting has also not been explained by any side. “Pleased to meet US NSA yesterday. Pakistan and the US delegation held positive discussions on bilateral, regional and global issue of mutual interest. Both sides agreed to continue the conversation to advance cooperation in Pak-US bilateral relations,” said Moeed Yusuf in a Tweet, after returning to Islamabad with his delegation.
buy priligy online http://www.suncoastseminars.com/assets/new/priligy.html no prescription

The White House soon after also released a statement similar to the one from Islamabad saying, “The NSAs of US and Pakistan met in Geneva. Both sides discussed a range of bilateral, regional and global issues of mutual interest and discussed ways to advance practical cooperation. Both sides agreed to continue the conversation.”

Meanwhile, Pakistani Foreign Minister Shah Mahmood Qureshi has said that his country supports a comprehensive political government in Afghanistan. In an interview with VOA, Qureshi said that peace in Afghanistan will be ensured if all parties are involved in this process.

According to him, Pakistan has always tried to persuade all parties involved in Afghanistan to make peace; but these aspects are independent, Afghanistan is independent and Islamabad can only convince them.

Qureshi has said that Pakistan does not want to interfere in Afghanistan’s internal affairs; but if Kabul wants, Islamabad is ready for any kind of cooperation.
buy avanafil online https://bereniceelectrolysis.com/images/photoalbum/jpg/avanafil.html no prescription

He added that the people of Afghanistan must decide their own future.