Kabul: Moving as swift as a gazelle, the retrograde mission of the foreign troops in Afghanistan is nearly 16-25 percent complete, announced US Central Command on Tuesday.

Approximately 160 C-17 loads of materiel and equipment have left Afghanistan, and more than 10,000 pieces of military equipment have been turned over to the Defense Logistics Agency, as per the announcement.

US-controlled installations in Afghanistan must also be returned to the Afghan Defense Ministry, and so far, five installations have been handed over.

After 20 years, the US is withdrawing from Afghanistan because the mission there is complete, said Pentagon Press Secretary John F. Kirby during a press briefing. “The president has been very clear that our troops accomplished the mission for which they were sent to Afghanistan. That was to prevent the country from being used as a safe haven for terrorist attacks on our homeland, and there hasn’t been another attack on the homeland emanating from Afghanistan since 9/11. So, the president believes the mission has been completed,” Kirby said.

Now, Kirby said, there is a new mission: withdrawal from Afghanistan and development of a new relationship with the government of Afghanistan and the Afghan National Defense and Security Forces. 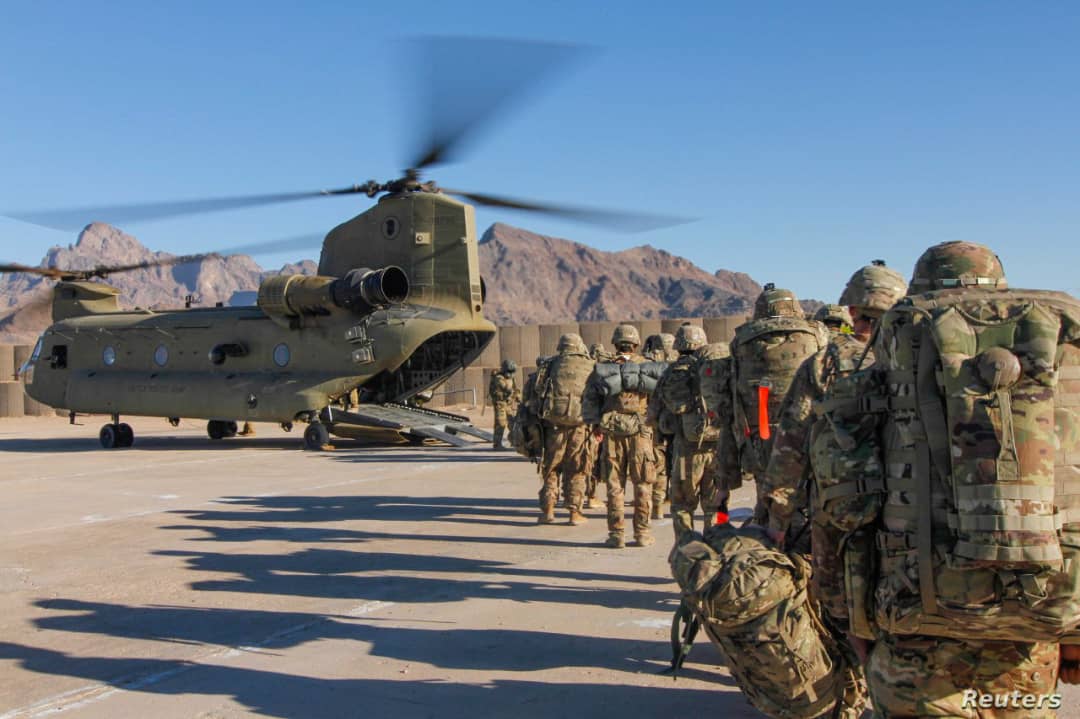 The US is not leaving the Central Command region outright, however. There are still threats in the region, and Kirby said the US will be ready to meet those threats by strengthening existing “over-the-horizon” capabilities there and growing new ones.

Kirby said the US already has some over-the-horizon capacity in the region, by virtue of forces already stationed there and long-range capabilities that are outside the region. “We know we need to think through this more deliberately and more thoughtfully going forward as we get closer to completing the withdrawal, and we’re working on that,” he said.

Meanwhile, Afghan security officials told the plenary session of the Senate on Tuesday that with the start of the withdrawal of foreign troops from the country, terrorists and regional intelligence had launched a negative propaganda and psychological warfare against the Afghan people.

The Senate had summoned Ahmad Zia Siraj, the Director General of National Directorate of Security and Hayatullah Hayat, the acting interior minister. The NDS chief announced the presence and activity of about 10,000 “foreign terrorists” in the country.

According to the Senate Office, Hayatullah Hayat, the acting Minister of the Interior, said at the meeting that foreign forces had a role to play and that there would be no problem with them leaving the country. According to him, 96% of the operations are carried out by the country’s security and defense forces, and by September of this year, they will lead all air and ground operations.

He further stressed that all commitments and agreements of foreign forces with the Afghan government are valid.

Hayatullah Hayat says that according to statistics, the Taliban have increased their attacks by 7% and the security and defense forces by 50% compared to the previous year. Ahmad Zia Siraj, the chief of NDS, spoke at the meeting about the heavy casualties inflicted on the Taliban, adding, “Terrorists have resorted to psychological warfare that people should not believe in this propaganda.”

The NDS chief noted that the Taliban had carried out 3,466 attacks across the country in the past two months. According to him, the defense and security forces have carried out more than 2,700 operations against the Taliban.

According to Siraj, as a result of attacks by security and defense forces, in addition to killing and wounding hundreds of Taliban members, 1,880 “security disruptors” were arrested, 1,300 of whom were involved in terrorist activities.

NDS chief at the meeting revealed the intervention of Pakistan and the activities of nearly 10,000 “foreign terrorists” in the country. He rejected the establishment of US bases on Pakistani soil, calling it baseless.

Security officials also announced the arrest of the mastermind of the deadly car bomb attack in Pul-e-Alam, the capital of Logar province. According to security officials, these individuals belong to the Haqqani network.

The attack killed 24 people and injured more than 100. All the victims were students who had come to Pol-e-Alam from Azra district to prepare for the entrance exam.