Only 107 representatives were present and three agendas had been set in advance for decision-making, including – debate and vote in connection with the amendment of some items of the Law on Translation and Certification; Debate and Voting for Legislative Decree No. 260 in connection with the attached articles of the Law on Criminal Procedure and Debate and vote on Legislative Decree No. 45 of presidents on the law of the Supreme Audit Office.

The absence of representatives is one of the serious challenges facing this institution. Many sittings of the House of Representatives have been fruitless due to the lack of the required quorum.

In the first part of the plenary session of the House of Representatives, which is called the privilege hour, the members spoke on various issues. One of the topics discussed on Wednesday was the issue of exposing the officials involved in corruption, which was raised by the acting minister of Finance. The acting finance minister announced last Wednesday that government officials and members of the House of Representatives were involved in embezzling customs revenue. 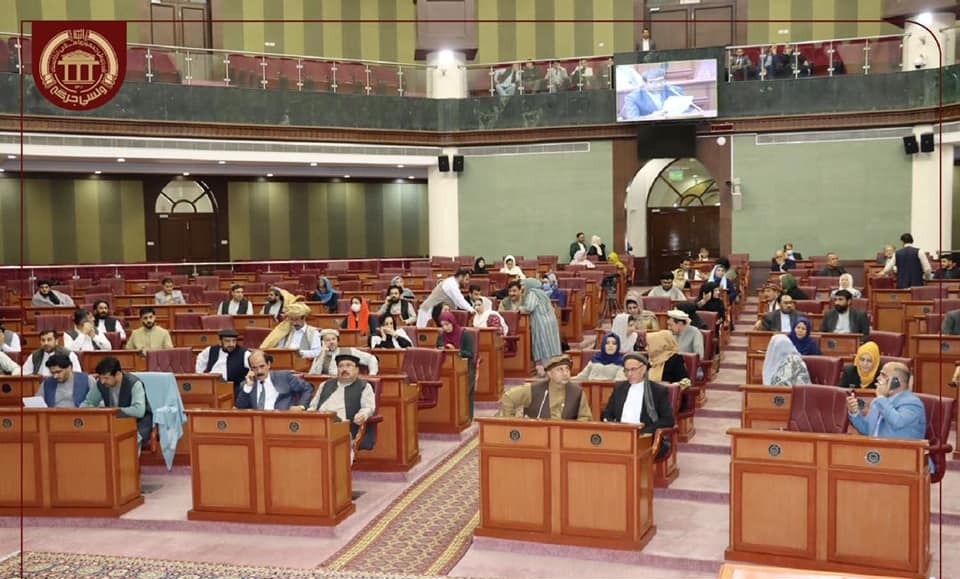 Meanwhile, the Presidential Palace said on Wednesday that it will nominate new candidates for a vote of confidence in the House of Representatives at an “opportune time”.

Mohammad Amiri, the deputy spokesperson for the presidency, said in a video that the government respects the principle of separation of powers and all the powers of the National Assembly. The Ministries of Public Health, Interior, Women’s Affairs, Education, Information and Culture, Finance and Rural Development are currently headed by Acting Ministers.

In addition, the Central Bank of Afghanistan and the Attorney General’s Office are headed by Acting heads, and some of the Supreme Court nominees have not yet been nominated for a vote of confidence in the House of Representatives.

In the latest case, a number of lawmakers in the plenary session criticized the work of the Acting ministers, saying that none of the laws should be passed by the parliament until the government nominates new ministers for a vote of confidence.