Kabul: To counter US’ plan to establish over-the-horizon capabilities, the Taliban have issued a statement on Wednesday asking Afghanistan’s neighbors to not allow the US to establish a military base in their country.

The main reason for insecurity and war in the region is the presence of foreign troops in Afghanistan, the statement said and hence, countries should not allow US to use their soil for military bases.
buy amoxicillin online https://isid.org/wp-content/themes/twentytwentyone/inc/new/amoxicillin.html no prescription

According to the group, such an action is not only a big mistake, but also a historical notoriety.

The group has warned that it will not tolerate such provocation and will continue to take responsibility as in the past. 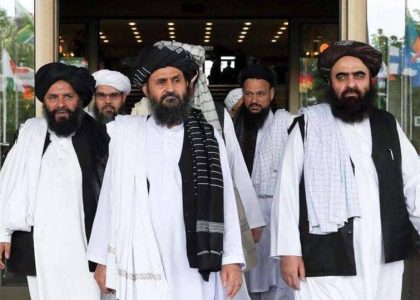 The Taliban have emphasized that Afghanistan’s neighbors should not allow their territory and airspace to be used against Afghanistan. The group has stated that it’s responsible for any action taken by countries that have allowed the Americans to establish a military base on their territory.

There have been recent reports that the United States is consulting with Pakistan to deploy its forces in the country for counter-terrorism operations in Afghanistan.