Kabul: Destruction of public infrastructure continues as violence escalates in the country with the Taliban destroying a paved road in Chak district of Maidan Wardak province and a bridge in Sorkhroud district of Nangarhar province.

According to sources in Maidan Wardak, Taliban insurgents also planted mines in other parts of the road they destroyed and blocked traffic to stop supplies to the district.

According to drivers in the district, the Taliban have warned them that it is their responsibility if they are killed by the roadside bombs. Residents of the Chak district condemned the Taliban’s actions, saying that by destroying the road, they could not even take patients to the district hospital, let alone transport them to Maidan Shahr or Kabul.

They called on the government to launch a clean-up operation in the district as soon as possible so that locals can get rid of the situation. 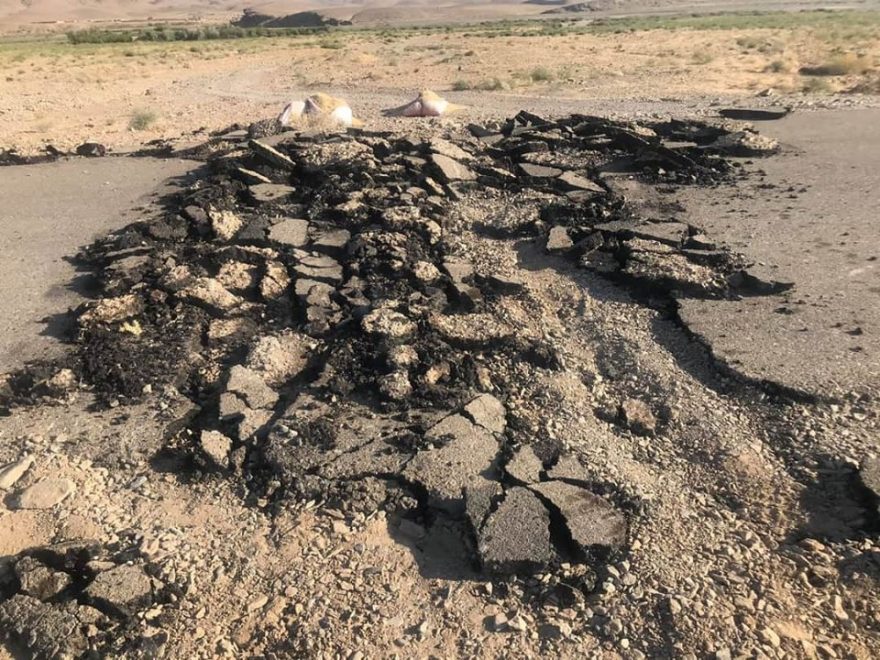 Meanwhile, Ataullah Khogyani, spokesperson for the governor of Nangarhar, said that the Taliban had destroyed a bridge in the Sorkhrud district of the province with a roadside bomb on Tuesday night.

The destroyed bridge is located in Bawli area of Surkh-Khorud district of Nangarhar. According to Khogyani, the bridge connected the communication route of four districts of Nangarhar, including Sorkhroud, Hesarak, Shirzad and Khogyani.

Khogyani said residents of the four districts had problems with the blast. He added that Zia-ul-Haq Amarkhail, the governor of Nangarhar, has instructed the authorities to start repairing the bridge as soon as possible in order to facilitate traffic.

The Taliban have not yet commented on the destruction of the bridge.