Kabul: Stating that Pakistan will benefit with peace in Afghanistan and peace in India, Pakistan Minister for Foreign Affairs Shah Mahmood Qureshi said that Afghanistan is a sovereign country and they could have relations with India.

In an exclusive interview with Al Jazeera TV, Qureshi said that Pakistan would have no objection over Indo-Afghan ties and India’s ‘reconstruction’ efforts in Afghanistan.

“However, India has its limitations, with regard to peace negotiations as it is not the immediate neighbor of Afghanistan and did not host millions of Afghan refugees,” he said.

“We are still trying to break the stalemate that existed there,” he said, adding that Pakistan always acted as a facilitator between the Afghan government and Taliban, reiterating that even the US had said that Pakistan played an important role in bringing the Taliban to the negotiating table. He said that Pakistan would never be irrelevant due to the regional picture and the new global changes. “Pakistan has always been relevant,” he said. 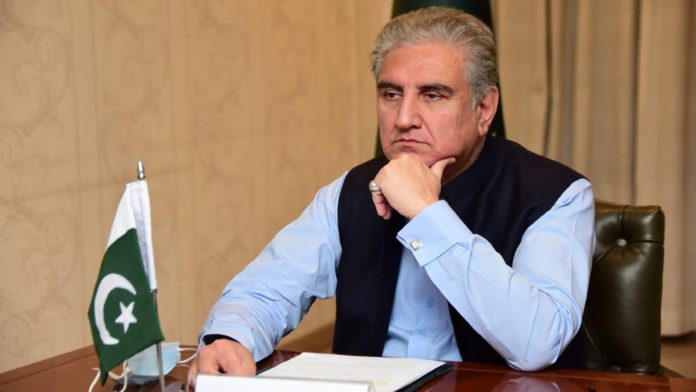 He said Pakistan would be the net beneficiary of peace in Afghanistan since it had been making sincere efforts for peace and stability there. He added that even US special representative on Afghanistan Zalmay Khalilzad had acknowledged Pakistan’s constructive role in facilitating the US and Taliban peace agreement in Doha and pushing the peace and intra-Afghan dialogue forward.

He said that all big countries have consensus over Afghanistan. He also added that China played a big role too as it was its neighbor and their interests in peace and stability were inevitable. “China is building an economic corridor and the Gwadar port would facilitate the Central Asian Republics who are part of Shanghai Cooperation Organization, so their interest is natural,” he stressed.