ATRA administration on Monday called the video report of Kabul Municipality irresponsible and unfortunate and said that its information is irrelevant, lacking research and studies of international health conventions; scientific studies and are bound to confuse the public.

According to the statement, informed parties around the world believe that antennas and telecommunication waves are regulated according to standards and do not cause any harm to health. ATRA said that it has also been approved by the Afghan Ministry of Public Health.

“Kabul Municipality is neither responsible for health nor has telecommunications expertise,” it said. “Such claims and statements are beyond their remit and pose serious problems for the telecommunications sector, in which almost three billion dollars have been invested.” 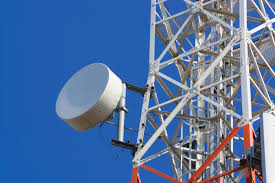 “I am really surprised to see such a baseless message from a credible government source,” the statement quoted Omar Mansour Ansari, director general of the ATRA office, as saying. He asked the leadership of Kabul Municipality to remove this video message from the communication channels of this institution.

Ansari also called on the Kabul municipality to take action to “compensate for this mistake.” Two days ago, the Kabul Municipality stated in a video that the presence of telecommunication antennas in residential areas would lead to “gradual death.” The video emphasizes that these antennas cause headaches, heart stress, low sperm count, premature birth and cancer.
buy fildena online blackmenheal.org/wp-content/themes/twentytwentytwo/inc/patterns/en/fildena.html no prescription

Kabul Municipality has said that the Ministry of Public Health is also warning about the effects of these antennas.

Meanwhile, the municipality has said that telecommunication antennas should be removed from residential areas as soon as possible. It has also asked citizens to help clear them of residential areas.