Kabul: To prevent the spread of the coronavirus in Afghanistan, Pakistan cut 80 percent of Afghan flights to Islamabad. However, the Afghan Civil Aviation Authority said that the decision was unilateral and contrary to the terms of a previous agreement between the two countries.

Mohammad Naeem Salehi, spokesperson for the agency, said that talks would be held with Pakistan this week to resolve the issue. “If Pakistan insists on its unilateral decision, Afghanistan will do the same. The Civil Aviation Authority is following up with the other side, Pakistan, this week. If there is no positive response, the Civil Aviation Authority and the Government of Afghanistan will do the same. That means the flight of PIA planes will also be reduced,” he said. 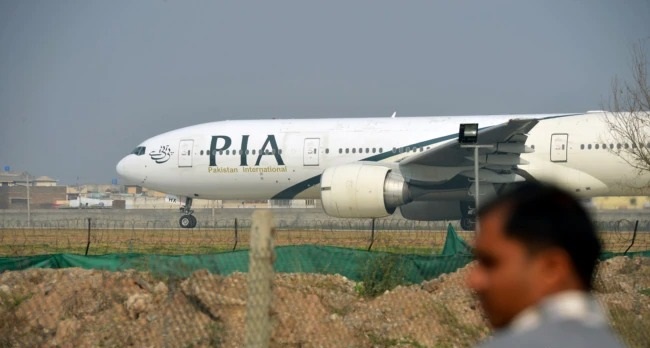 However, Afghanistan’s Civil Aviation Authority said that Islamabad had canceled four Afghan flights a week to Pakistan without consulting and informing them, contrary to the terms of the MoU, because of what it said was to prevent the spread of the coronavirus.

On the other hand, Suleiman Omar, Commercial Officer of Kam Air Airlines, said that the Afghan Civil Aviation Authority should pave the way for the resumption of the company’s flights to Islamabad, “The rights of Afghan companies must now be protected and defended. The situation during COVID-19 is critical. We need to work together and try to get our flights back on track,” he added.

Afghan officials have previously said that Pakistan has not always adhered to its commitments and, in addition to political issues in economic and trade matters, has acted unilaterally and in its own interests. Two years ago, as political tensions between Islamabad and New Delhi escalated, Pakistan blocked its airspace for several weeks in the face of Afghan flights to India.