Kabul: Rangin Dadfar Spanta, the former president’s national security adviser, said on Monday that the literature on war and peace needs to be changed, and that literature on surrender and supplication cannot bring peace.
buy doxycycline online https://ravkoohealth.com/wp-content/themes/ravkoo-health-theme/inc/new/doxycycline.html no prescription

“We have left the discourse of the peace process to the Taliban and are acting passively,” Spanta said during the “Kabul Peace Symposium”.

Criticizing the current peace process in the country, Spanta said, “What is going on in the country under the name of peace is an incomplete and poisonous process that has led to a compromise between the United States and the Taliban and its supporters, and not its hidden parts.
buy premarin online https://hospitalchiriqui.com/wp-content/themes/twentytwentythree/assets/fonts/inter/txt/premarin.html no prescription

According to him, the US-Taliban agreement is not a “republican” agreement, and the Taliban have repeatedly emphasized this. 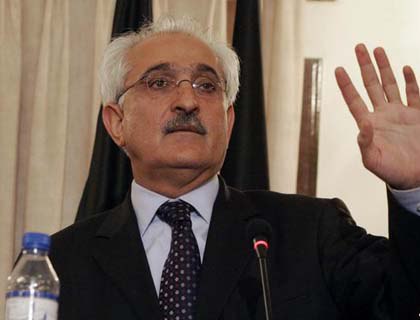 The former national security adviser says that wherever the Taliban have gone in the last three years, the “red carpet” has been laid under their feet and their supporters are by their side without hesitation. However, on the republican side, the situation is more difficult, and the government’s misguided policies are increasingly dividing the government and the people, and the continuation of monopolistic policies is in the Taliban’s favor.