Kabul: As per the latest Integrated Food Security Phase Classification (IPC) assessment report released by the Afghan government and its partners on Tuesday, at least one-third of the population of Afghanistan are acutely food insecure due to the impact of COVID-19, rise in food prices, high unemployment rates, income loss and recurrent La Nina weather conditions which causes drought in the country.

“With doubling of our focus on mitigating adverse effects of COVID-19 on the most vulnerable, we have managed to bring the numbers down from a projected 42 to 35 percent, which is an achievement, however, this is still far from our vision of a hunger-free Afghanistan as a third of our people are struggling to feed their families,” said the Minister of Agriculture, Irrigation and Livestock of the Government of the Islamic Republic of Afghanistan, Anwarul Haq Ahady.

While the Government prepares its response to an impending drought, the Food and Agriculture Organization of the United Nations (FAO) and United Nations World Food Programme (WFP) warn that current resourcing is inadequate to protect lives and livelihoods at risk.

A bag of wheat is 30 percent more expensive than the four-year average. We need to act now,” Mary-Ellen McGroarty, WFP Representative in Afghanistan said. 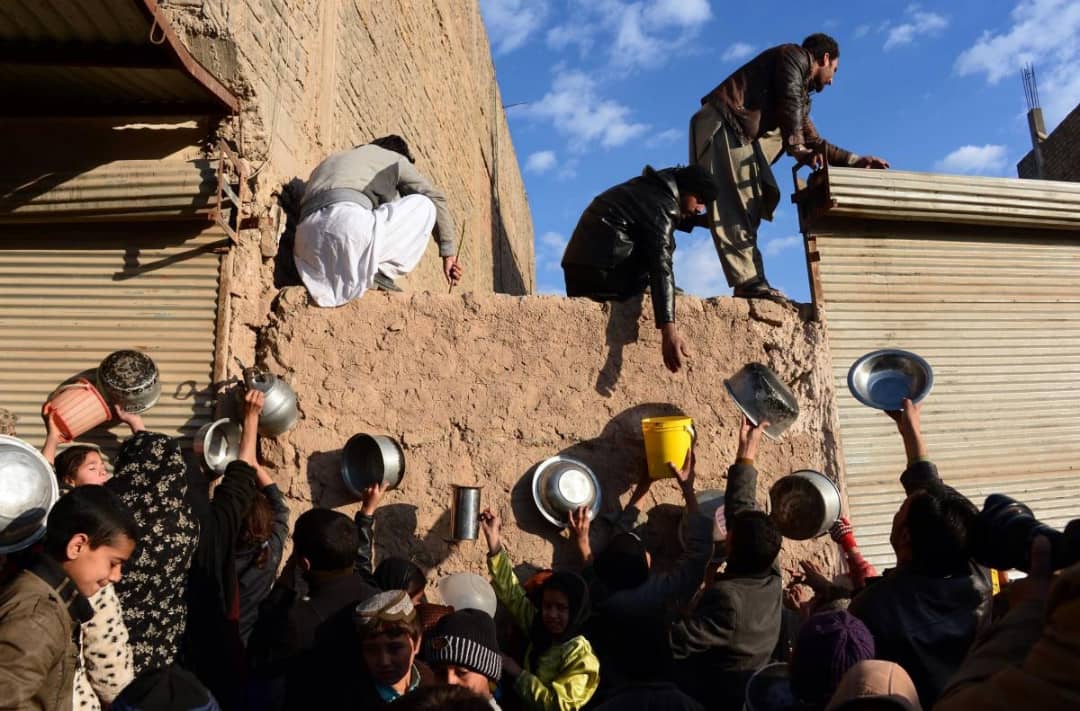 However, significant funding gaps for humanitarian agencies pose a challenge in meeting even the most basic humanitarian needs in the coming months, the report stated. While the onset of the summer harvest may bring employment and improve access to food, the report warns the harvest is expected to be “below average” and the “food security situation is expected to deteriorate further during the 2021-2022 lean season”.

“In order to understand the IPC report figures, we need to take into account two things. First, this analysis was conducted before any of the drought-like effects could be felt. Second, the projection period coincides with the harvest season, but the most serious effects of the lower rain and snowfall are affecting agriculture and livestock production with cascading food security impacts during the subsequent lean season. These figures actually call for immediate action that mitigates the impacts on agriculture and livestock production and prevents rural people from abandoning their agriculture-based livelihoods and displacing to urban areas,” said Rajendra Aryal, FAO Representative in Afghanistan.

Early evidence of agricultural drought has been found in 25 hotspots across the country. This weather event is expected to severely affect both agricultural and livestock production in 2021.

According to FAO estimates, wheat production decreased by 16 to 27 percent in the last five drought events induced by La Niña; the potential impact on livestock production of this year’s event is expected to affect 30 percent of ruminants in 18 provinces.