Kabul: At least 46 people have died, six have been injured and 15 others are missing due to the floods in 15 provinces of Afghanistan, said Ahmad Tamim Azimi, spokesperson for the National Disaster Management Authority.

He said that there were light showers starting May 1, which intensified on May 4, causing floods in several provinces. The highest number of casualties was recorded in Herat province, where 22 people died.

Azimi added that in these floods, about 800 houses were partially and completely destroyed, 460 families were displaced, and about 2,450 livestock were lost. 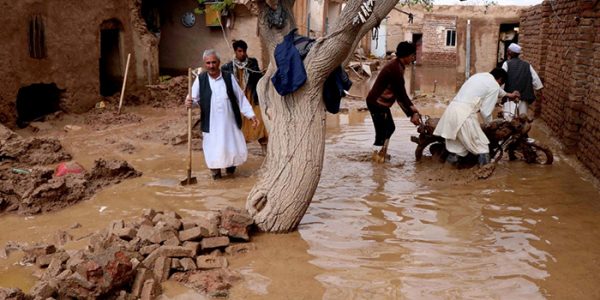 The provincial committees have sent survey and technical teams to the area and food has been distributed. Rehabilitation process is underway. At least 50,000 afghanis would be distributed to the heirs of the dead and 25,000 afghanis to the injured.