Kabul: Nemat Rawan, former news anchor and a media official at the Ministry of Finance, was killed by unidentified gunmen in PD14 of Kandahar city on Thursday, said Ghorzang Afridi, a security official at the Kandahar police HQ, adding that “the attackers were two people and escaped from the area”.

“The attackers also took his phone,” he added. Rawan had joined the Ministry of Finance as a media official three weeks ago. 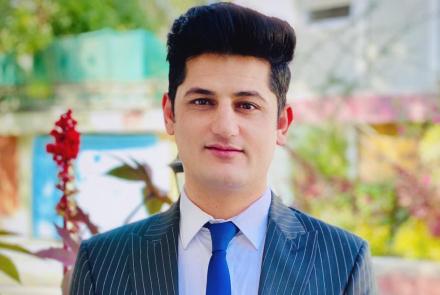 The Afghan Journalists Safety Committee condemned the assassination and called on the government to pursue the matter seriously, so that the perpetrators are identified and brought to justice.

The assassination comes after a Taliban spokesperson had on Wednesday accused the media of violating the principle of neutrality in a Twitter message and warning.

The Committee also urged all journalists and media workers in these critical circumstances to strictly adhere to the immunity guidelines issued by the committee in their travels and reporting on neighborhoods.

Kabul: Like a pack of dominos, cities, districts and areas in Afghanistan are falling into the…

Ghazni Security Base Falls To Taliban

Kabul: In another big blow after the fall of Beraka district of the Baghlan province to…