Kabul: Death toll from recent floods in the country has risen to 78 while 32 people are missing and over 30 have been injured across 22 provinces, said Ahmad Tamim Azimi, spokesperson for the National Disasters Management Authority on Saturday.

A wave of monsoon rains in 22 provinces of the country started last week. Ahmad Tamim Azimi told Reporterly that rains in some of these provinces caused severe floods that caused casualties and financial losses. 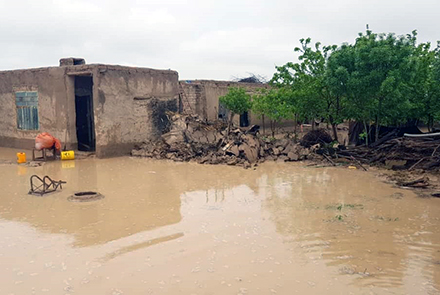 According to him, 2,600 houses have been partially and completely destroyed as a result of the floods. Nearly 3,000 animals have also perished.

Floods have also destroyed thousands of acres of farmland, roads and canals.