Kabul: The terrorist attack on the Sayed ul-Shuhada school in western Kabul has been vehemently condemned by a joint working group of civil society organizations, which called it a war crime.

A statement issued by the Civil Society Joint Working Group on Sunday stated, “Attacks on civilians have intensified and no precautionary measures have been taken by the Afghan government. The perpetrators of the incident should be identified, tried and prosecuted. Security of citizens should be a priority.”

The statement added that the Afghan government should take precautionary measures and also emphasized that security officials who are incapable of providing security to citizens should be fired and prosecuted. The statement also called on the international community, the United States and the European Union to put pressure on the parties to end the war and establish a permanent ceasefire in Afghanistan.

“The government must take serious and responsible action to defend its citizens. We call on the United Nations, and in particular the United Nations Security Council, to not be indifferent to these crimes and war crimes, which often target and victimize a particular ethnic or religious group, and within the framework of law and convention.”

The representatives of the people in the Wolesi Jirga of the National Assembly, while expressing their grief to the suffering people and the families of the victims and the injured of this tragic event, will act responsibly to pursue the perpetrators of this horrible crime, the statement added. 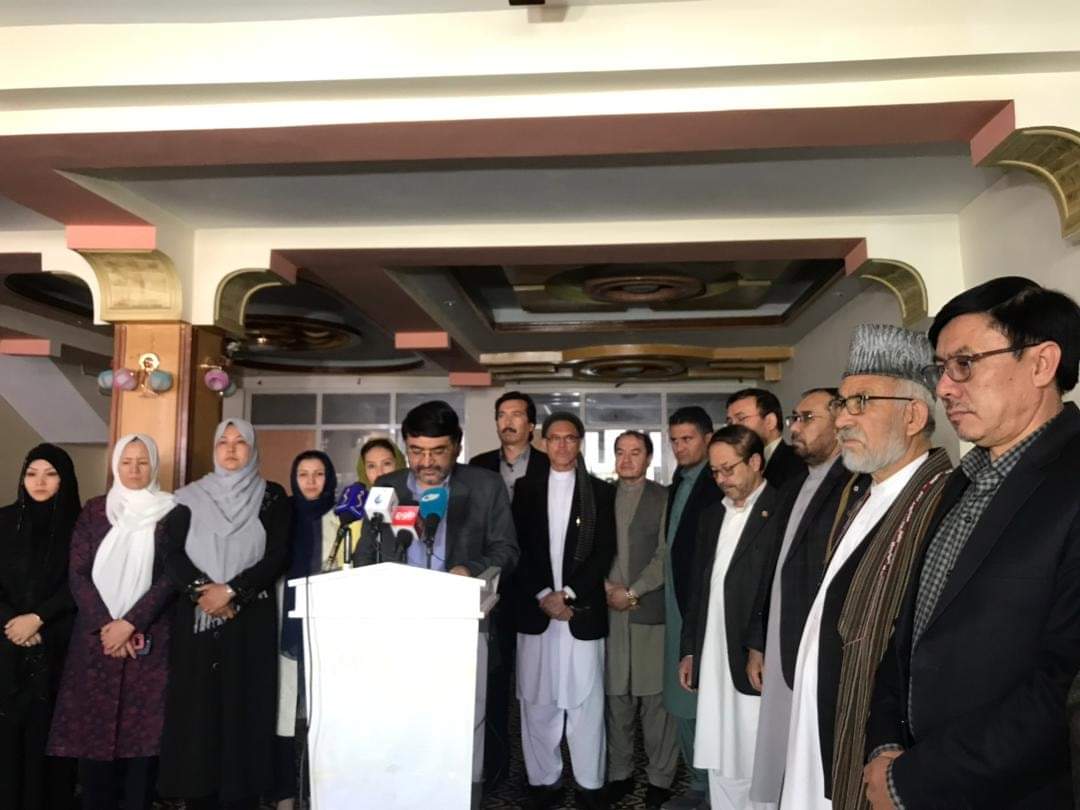 At 4:27pm on Saturday, three explosions took place near a school in PD13 of Kabul. A spokesman for the Interior Ministry said that according to the technical team’s findings, the incident was caused by a car bomb and that two landmines had exploded in the area. More than 50 people were killed and more than 100 were injured in the incident. Most of the victims are schoolchildren.

The attack comes even as a report by the Action on Armed Violence (AOAV) show that in the past five years, 40 percent of all civilian airstrike casualties in Afghanistan were children. As per the report, of the 3,977 deaths caused between 2016 and 2020, nearly 1,600 were children.

“Afghanistan has been the deadliest country for children for years,” said Chris Nyamandi, country director for Afghanistan at Save the Children International. Nyamandi added for the past 14 years five children were killed or maimed in Afghanistan every single day.

Leading up to the departure of US-led forces expected later this year, casualties from international coalition airstrikes more than tripled from 247 in 2017 to 757 in 2019, according to data (PDF) from United Nations Assistance Mission in Afghanistan (UNAMA).

Iain Overton, executive director of Action on Armed Violence, said in 2018-19 the US military dropped more munitions on Afghanistan than at the height of bombing in 2011 – a rate of more than 20 a day. Such heavy bombardment resulted in the deadliest year of airstrikes for children in Afghanistan on record.

In 2018, there was an 85 percent increase from the year before, resulting in a rate of four child casualties every three days. The majority of these child casualties, 57 percent, were caused by US-led international forces.

“The conflict that has been raging for decades has plunged the country into one of the most severe humanitarian crises in the world, where millions of children are on the brink of hunger and need urgent support,” Nyamandi added.

Kabul: To enhance mutual cooperation and discuss technical issues, the Ministry of Foreign Affairs on Sunday…