Kabul: Accusing the Afghan government of trying to sabotage the political peace process, Mullah Hebatullah, the leader of the Taliban, warned the United States of the consequences of violating the Doha Agreement.

The Eid message from the leader of the Taliban group was made public on Sunday and Hebatullah welcomed the withdrawal of international troops from Afghanistan, but he said that the US has violated the Doha Agreement as the prisoners have not been released and sanctions against Taliban members have not been lifted.

Highlighting that “negotiations and understanding” are a “priority” for the group, Hebatullah said that the group should be informed in advance before attending peace meetings in Afghanistan.

Hebatullah also did not mention the ceasefire for at least three days of Eid al-Fitr. The group had previously not accepted the government’s offer of a ceasefire during Ramadan. 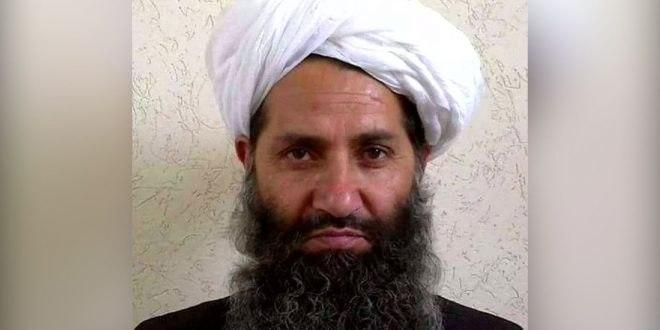 The Taliban’s warning comes even as the international troops are withdrawing from the country, but violence is on the rise. The peace talks have seen no headway after the Istanbul Summit was postponed after Taliban allegedly did not participate in it.

Regional partners also seem worried about the peace process even as US-EU allies met on May 7 to discuss the Afghan peace process and wanted to accelerate it. Russian President Vladimir Putin said at a meeting with his Tajik counterpart Emomali Rahmon in Moscow on Saturday that the situation in Afghanistan gives rise to well-founded concerns in neighboring Tajikistan.

“Security issues are crucial in the region because of the ongoing developments in Afghanistan,” the Russian leader said, pointing out that Tajikistan has the longest border with Afghanistan.

“I know that you are worried about the situation. It goes without saying that this is a justified concern,” Putin said, emphasizing that Moscow was doing its utmost to back Dushanbe in this area. He recalled that the 201st Russian military base was stationed in Tajikistan.

“We are working on its strengthening and on the consolidation of the Tajik Armed Forces. We have teamed up in this field. We have a program scheduled for several years and we will be doing our best to implement it in due time,” he concluded.

Kabul: To enhance mutual cooperation and discuss technical issues, the Ministry of Foreign Affairs on Sunday…