Gulbuddin Hekmatyar, one of Afghanistan’s former warlords, has said there is “no doubt” neighboring Pakistan supports the Afghan Taliban.

In an interview with RFE/RL in the Afghan capital on April 14, Hekmatyar also expressed hope that talks scheduled this week between the Western-backed Kabul government and the Taliban could prove a significant step towards ending the war.

U.S. and Afghan officials have long accused Pakistan of providing safe havens for the militants, a claim rejected by Islamabad.

Hekmatyar forged close ties with Pakistan’s shadowy military establishment and its notorious spy agency, the Inter-Services Intelligence (ISI), a relationship that was built during the Soviet occupation of Afghanistan in the 1980s, when the mujahideen commander was one of the main beneficiaries of Pakistani and CIA money and weapons. 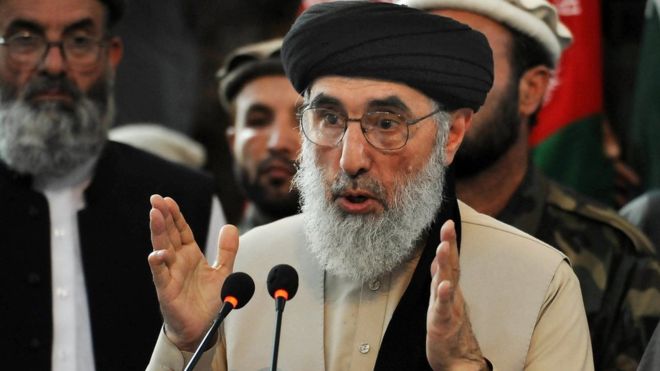 “Pakistan has an interest in Afghanistan’s political affairs,” said Hekmatyar, whose Hezb-e Islami militant group signed a peace accord with the Afghan government in 2016. “Pakistan is supporting the Taliban. There is no doubt about it.”

Hekmatyar said Pakistan now sees the war in Afghanistan as “more harmful” than beneficial to its interests, especially because of a crippling financial crisis and growing international pressure on Islamabad to clamp down on the Taliban.

Hekmatyar is also a member of the Reconciliation Leadership Council, a new council led by President Ashraf Ghani, that will appoint negotiators for the April 19-21 talks with the Taliban, create their mandate for talks, and oversee their work.