US President Donald Trump has pushed his military and national security advisers in recent days to pull all U.S. troops out of Afghanistan amid concerns about a major coronavirus outbreak in the war-torn country, NBC reported quoting two current and one former senior U.S. officials.

As per the NBC news report, Trump complains almost daily that U.S. troops are still in Afghanistan and are now vulnerable to the pandemic, the officials said.

His renewed push to withdraw all of them has been spurred by the convergence of his concern that coronavirus poses a force protection issue for thousands of U.S. troops in Afghanistan and his impatience with the halting progress of his peace deal with the Taliban, the officials said. 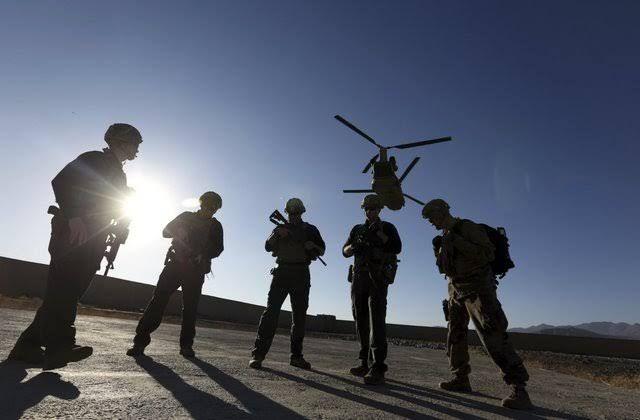 They said the president’s military advisers have made the case to him that if the U.S. pulls troops out of Afghanistan because of the coronavirus, by that standard the Pentagon would also have to withdraw from places like Italy, which has been hit particularly hard by the pandemic, officials said.

“There is concern from a variety of places that we could leave Afghanistan,” one senior U.S. official said, pointing to concerns voiced by U.S. allies, members of Congress and U.S. military officials.

One senior administration official and a defense official said that while the withdrawal of U.S. troops from Afghanistan because of the coronavirus has been under discussion, a more likely outcome would be to consolidate American forces at bases in one or two parts of the country.

U.S. defense officials says cases of the coronavirus in Afghanistan are likely to be drastically underreported, estimating there could be at least 10 times as many cases there as the government has officially tallied. As of Monday, the Afghan Ministry of Public Health reported 1,703 confirmed cases of COVID-19 and 57 deaths in a country with an estimated population of 35 million.

UNAMA Calls on All Parties of Conflict to Do More to Protect Civilians From Harm, Particularly By COVID-19

More than 500 civilians, including more than 150 children, were killed due to the fighting in…