Russian Foreign Ministry released a statement on Monday ridiculing the Afghan government for the cancellation of the intra-Afghan meeting in Doha, Qatar.

The statement said that Russia regrets the decision of the Doha meeting organisers to cancel because they believe the intra-Afghan format has proved to be “the most promising communications channel between various political forces in Afghanistan, including the current Government and representatives of the armed opposition represented by the Taliban”.

As per the statement, first such meeting of the intra-Afghan dialogue was held in Moscow on February 5-6 successfully. 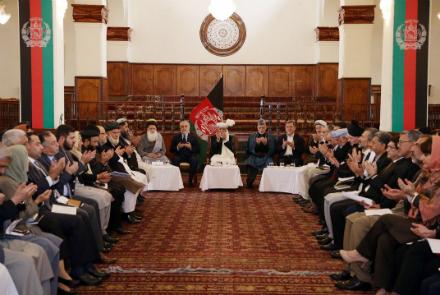 “The abolition of such a dialogue can have negative consequences for the large-scale intra-Afghan peace process,” the statement said.

“We consider the reason for the disruption of the Doha meeting to be the unconstructive position of the current leaders of Afghanistan, which sent a delegation to Qatar that a priori did not fit in the format of the event and caused discontent among many participants, including the main opponents, the Taliban,” the statement added.

It was pointed out that Russia believes that dictating the terms of holding the intra-Afghan meeting does not correspond to the statements by the current Afghan Government about its intention to launch a constructive conversation for the sake of the future of Afghanistan.

“We hope that Afghans will eventually manage to resolve the difficulties themselves and return to the dialogue that may prove to be seminal for their country,” the statements conceded.

The intra-Afghan Doha meet was scheduled for April 19-21 and on April 18, the Afghan government confirmed the meeting was canceled due to disagreements on the list of the 250-member delegation.

The IEC has announced the final results of the parliamentary elections for Paktia province. Independent Election…

Consultative Peace Jirga Kicks Off in Kabul Despite the Boycotts