Pakistan’s Minister for States and Frontier Regions (SAFRON) Shehryar Khan Afridi has warned the World and the United Nations against developing human crisis in Afghan refugee camps due to prolonged lockdown situation amidst Coronavirus outbreak, says a press release.

The Pakistani minister made these remarks while speaking to media here at Afghan Camp after installing a walk through sanitation gate at the camp. The minister said that he had raised funds for helping out the Afghan refugees stranded in camps due to lockdown situation. 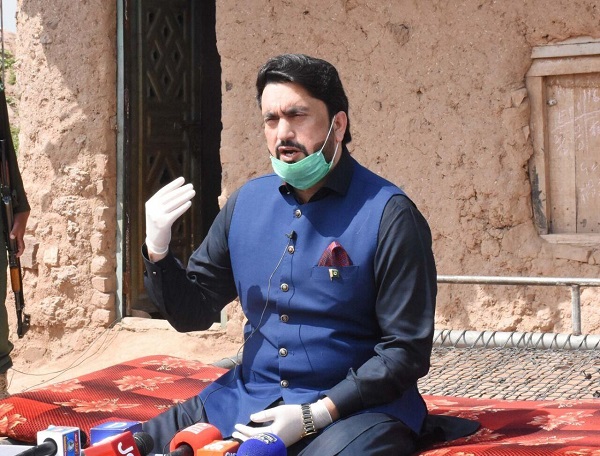 He said that on his request, Pakistani Prime Minister Imran Khan had already directed formation of a special relief package for Afghan refugees despite financial difficulties faced by the country.

“If Pakistan can roll out a special relief package for Afghan refugees, why can’t the developed nations come to the rescue of the besieged refugees. Afghan refugees migrated due to Afghan war under launched under UN umbrella. Now it is responsibility of the UN and the world to help these refugees,” he said.

The Minister said that he had written a letter to the Pakistan representative of United Nations refugee agency, UNHCR, to immediately divert funds to provide food to besieged Afghans in refugee camps.

An Associated Press report says at least 200,000 Afghans living in Iran have been returning home…