Five members of a family were killed in a clash between security forces and Taliban insurgents in Jawzjan province, as per security officials.

Speaking to Reporterly on Monday morning, Faraidon Aniq, the spokesperson for Jawzjan governor said that these people were killed during a clash between armed insurgents and security forces in Haidar Abad and Tapa Gurjak areas of Faiz Abad district. 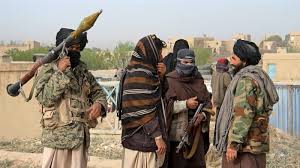 He further added that in the past 24 hours, clash between security forces and Taliban insurgents took place in Tapa Qush area of Qush Tapa district which resulted in the deaths and injuries of eight armed Taliban.

Ferozuddin Feroz, the minister of public health announced that mortality of children, mothers and mortality due…