The Ministry of Energy and Water has issued a warning for the possibility of flooding and rising sea levels in some areas of the country’s waters from 8 to 12 April.

The Water Resources Department said in a statement that based on the its analysis and according to forecast of various famous world weather stations, there is probability of occurrence of rainfall and rising temperatures in the country from 8-12 of April and there is also possibility of floods caused by rain and sea level rise. 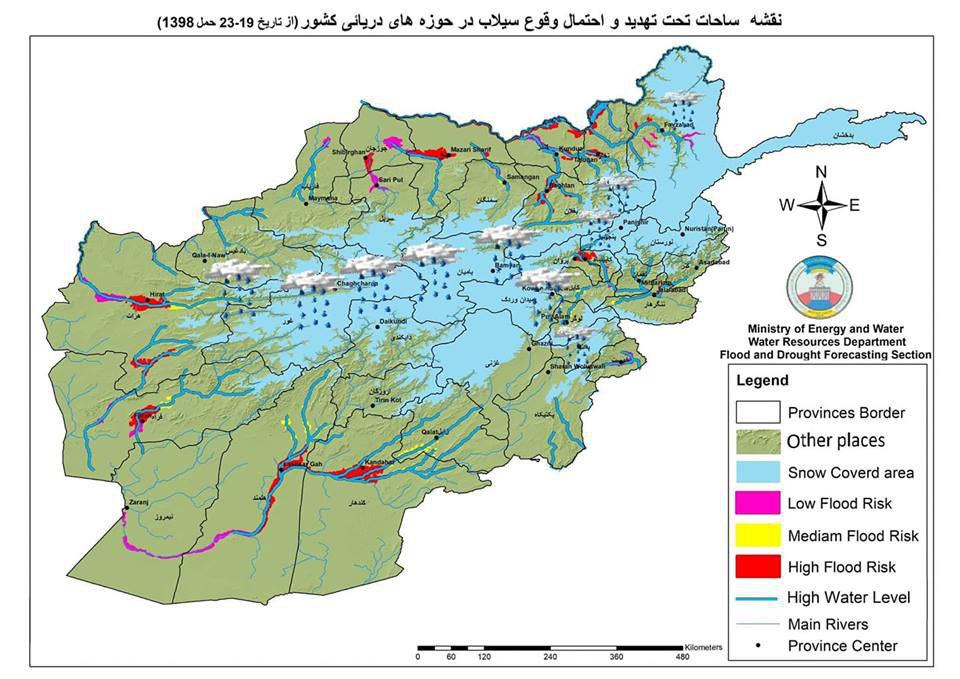 Ferozuddin Feroz, the minister of public health announced that mortality of children, mothers and mortality due…

Dr Sima Samar, the Chairperson of Afghanistan Independent Human Rights Commission has called on a more…