At least 40 Taliban fighters have been killed and 22 have been wounded in clashes across seven provinces, said the Ministry of Defense (MoD) and other security authorities.

An initial report by the 201 Selab Corps stated that five Taliban members had been killed and four others injured in clashes in the Dangam district of Kunar province on Saturday night. Consequently, Indian news agency ANI also reported that five Lashkar-e-Taiba (LeT) members, including two senior commanders of the group, had been killed in an encounter with the National Directorate of Security and the Afghan army.

In the Qads district of Badghis, 17 Taliban fighters were killed and seven were wounded after they had attacked security checkpoints. 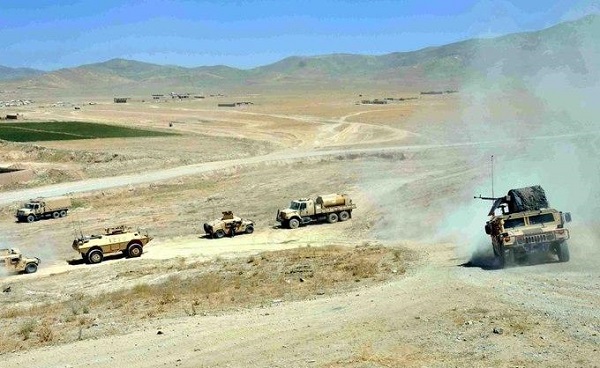 At least five Taliban fighters were killed and two others, including a commander, were wounded in a joint security forces operation in the Shakardara district of Kabul, the MoD said. In the clearing operations, the MoD further arrested 25 members of the Taliban.

Four Taliban militants were killed and one was wounded in the Andar district of Ghazni following an attack on the security forces, the 203rd Thunder Corps said.

At least four Taliban insurgents were killed and four others were injured when an IED they had been building exploded prematurely in the Sikandar Khel village of Chahar Bolak district of Balkh, the 209 Shaheen Corps said.

At least three Taliban were killed and four were wounded in clashes with security forces in Siya Gird district of Parwan on Sunday night, said local police officials.

Two other Taliban were killed in clashes with security forces in Jalrez district of Wardak also.