Abdullah Abdullah, chairman of the High Council for National Reconciliation, said that the Taliban should reciprocate the goodwill shown by the the people and government of Afghanistan, and agree for the intra-Afghan peace talks to start.

Abdullah met with members of the board of the Peace Advisory Loya Jirga on Monday, and called the Loya Jirga the true will of the Afghan people. 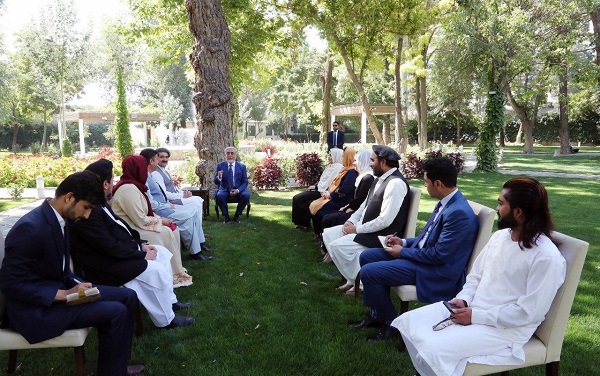 He added that the resolution of the Jirga, a collective decision of the Afghan people that will be used by the government’s peace negotiating committee.

He stressed that no decision would be taken against the collective interests of the citizens.
buy vibramycin online healthcoachmichelle.com/wp-content/themes/twentytwentyone/inc/en/vibramycin.html no prescription

Earlier, state television, RTA, had reported that the intra-Afghan talks would begin on Aug. 16, in Doha, Qatar.

However, the delegation is yet to depart from Afghanistan, and news has emerged of delays.