President Ashraf Ghani said he was not willing to bargain or pay a ransom for peace to sacrifice any value of the republic, and they had the consensus of the people to back-up this decision.

Ghani expressed gratitude for the international assistance to Afghanistan and said that the world should also be grateful to the country. “Our nation has made many sacrifices in the fight against terrorism.”

He also said that if necessary, he would use the country’s development budget to strengthen and equip the military forces. 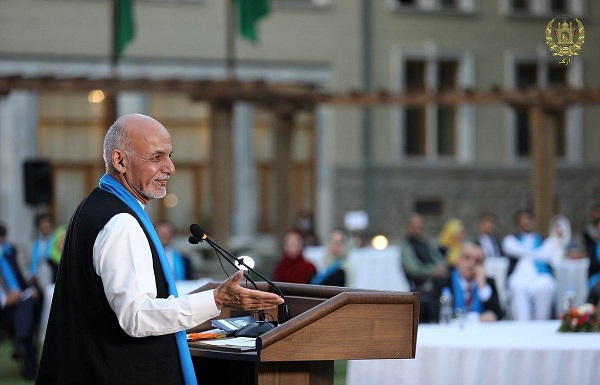 “We must join hands, support each other and support the republic in a united front. We will not build roads if necessary, but our security and defence forces will not go hungry.”

The president told has said that Afghans must have the strength to unite the Taliban, and that he is not willing to deal and bargain, and “if the world trades on us, we will refuse.”

The leader also said that peace is the main priority of all Afghans, and while the “path to peace is not a straightforward one, and success depends on the strength of stability and responsibility.”

He called on the youth to raise their voices for national values.

“Transform Afghanistan from instability to stability, from poverty to wealth… and to see the role of yesterday clearly in your today and tomorrow.

He urged them to hold discussions on peace and formulate plans for the development of the country.