President Ashraf Ghani called on the people of Afghanistan to work with the defense and security forces to ensure the security of mosques and other religious locations.

The Presidential Palace said that Ghani met with Shiite scholars who raised concern about security measures during Muharram and Ashura ceremony.

Ghani said, “Ashura is an opportunity to strengthen national unity, Islamic brotherhood, a culture of mutual acceptance and good fortune.” 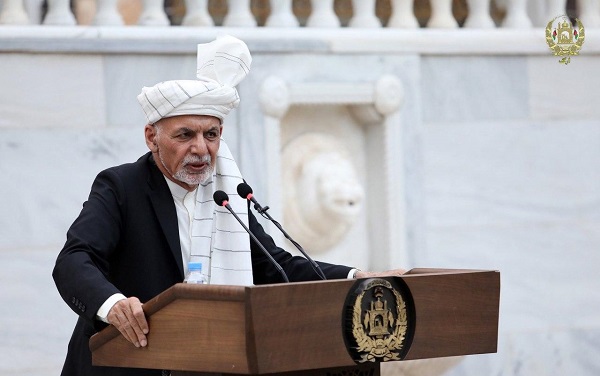 He then called on the cooperation of the people in ensuring the security at the time said that the shortcomings will be examined. He emphasized that providing security for the Ashura ceremony is a priority for all security institutions, and that the command center will be active.

The Office of the National Security Council and other security officials have discussed the proposals and that it should be implemented for the Ashura ceremony.

The President also reminded of the continuous sacrifices of the security and defense forces and wished the martyrs reached paradise.

Abdul Sabur Ghaneh, the senior deputy of security at the Ministry of Interior, said that the security plan for the Muharram and Ashura ceremony has been shared with the relevant institutions.