Security officials in Faryab confirmed that clashes across the province have claimed many lives, including those of six Afghan security forces and 32 Taliban fighters.

Abdul Karim Yurish, spokesperson for Faryab Police said that the incidents took place in Garziwan, Khwaja Sabz Posh, Qaisar and Bilchiragh districts in the past day.

At least 14 Taliban fighters were killed, including five commanders and a security guard, were killed in the Garziwan clashes on Sunday night. Eleven other fighters of the group, including one of their commanders, were wounded. 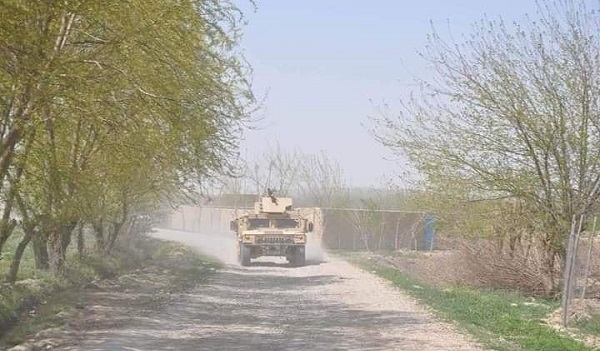 Yurish said that another 10 Taliban fighters were also killed as a result of “artillery shelling” by security forces in the Khwaja Sabz Posh district.

A regional army soldier was assassinated by Taliban fighters on Monday morning in the Bilchiragh district, the police spokesperson said.

Meanwhile, Ferdows Faramarz, a Kabul Police spokesperson, said no one was injured in an explosion in PD16 of Kabul city at around 7:00 a.m. on Monday.

The Afghan National Army discovered, defused and exploded six IEDs along public roads in Paktika and Wardak provinces through Sunday, said the Ministry of Defence.

Clashes were also reported in areas along the Kunduz-Khanabad highway and the outskirts of Kunduz, the Special Operations Corps said.

They reported that at least 25 Taliban insurgents were killed and 11 wounded in the counterattack along the highway.

Another clash in Baghlan resulted in the deaths of 23 Taliban fighters, including several of the group’s leaders, the Special Operations Corps said.