Presidential spokesperson Sediq Sediqqi revealed that the U.S. had told the Afghan government that despite the release of only 4,600 Taliban prisoners, the peace talks would begin.

The Office of the National Security Council (NSC) said the Afghan government has released 4,917 prisoners so far, of which 4,600 were based on the list given by the Taliban.

The government has called for a Loya Jirga to discuss the 400 Taliban inmates who had been accused of serious crimes. 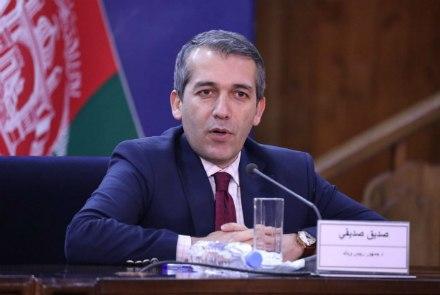 Sediqqi said the Loya Jirga will decide the fate of the prisoners, some of whom were sentenced to death for their offences, and few had been blacklisted by other nations for the severity of their crimes.

Meanwhile, the Taliban had said that they had completed the release of government prisoners as agreed in the U.S. deal.

However, Sediqqi said that the Taliban had not released prisoners based on the government’s given list.
buy grifulvin online https://buynoprescriptionrxxonline.net/dir/grifulvin.html no prescription