Iranian Foreign Minister Mohammad Jawad Zarif has said that his country supports the peace process led by the Afghan government.  Zarif expressed support to Afghanistan’s peace process in a meeting with the chairman of Afghanistan’s Senate, Fazal Hadi Muslimyar in Tehran on Saturday. 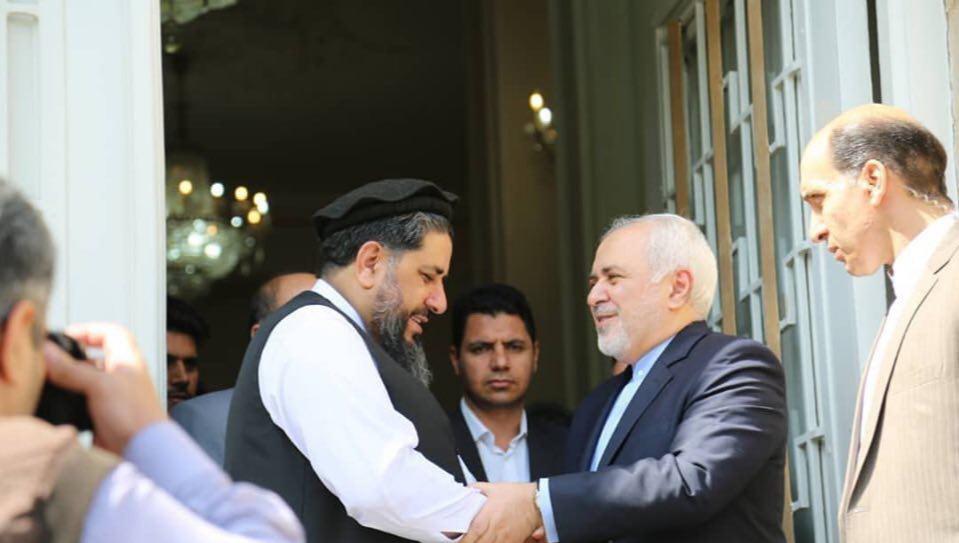 Fazal Hadi Muslimyar, on his second day of visit in Tehran, met with Iranian Foreign Minister Jawad Zarif and discussed a wide range of issues including strengthening and expansion of the two countries’ bilateral relations, Afghan peace process, holding Afghan presidential election, reducing tensions between Iran and the US and establishing an Afghan consulate in Isfahan city of Iran, Afghan Senate said in a statement.

The statement added that during the meeting, Iranian foreign minister expressed hope about the timely conduction of the Afghanistan presidential election.  In the meeting, Mr. Zarif underlined Iran’s support of the peace process that is led by the Afghan government.

Mr. Muslimyar spoke about importance of understanding the nature of IS-K attacks and emphasized that the security figures show that more than seventy percent of IS-K fighters corpses that were left in the battlefields were Pakistani nationals, and the other 17 percent are from the region and beyond.

The chairman of Afghanistan’s Senate said that the countries in the region and the world should take seriously the threat that is posed by IS-K in Afghanistan, as Pakistan has entered a “new stage of intelligence game”.