Afghan Air Force (AAF) received 4 more MD-530 fighter helicopters from the United States, the Ministry of Defense (MoD) said on Sunday. The MD-530 helicopters are to be used in combat missions.

MoD spokesperson Javid Ahmad Ghafoor told Pajhwok that the pilots for the aircraft had already been trained and other technical staff made available. 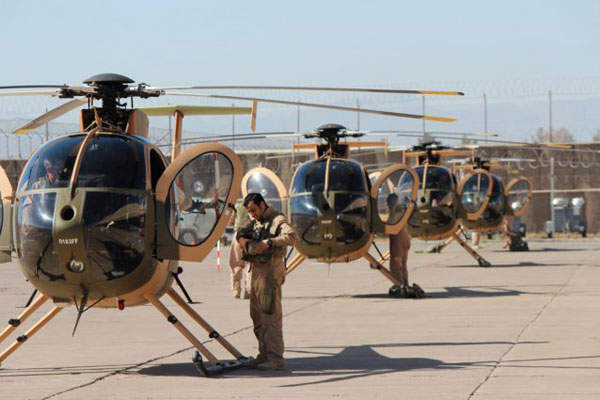 The Pentagon has said eight more fighter aircrafts would be handed over to Afghan security forces until March 2019.

According to the Pentagon, the Afghan security forces would receive the first AC-280 jets in January 2019 and seven more AC-280 fighter jets until March 2019.

Ministry of Public Works spokesperson Mahdi Rohani confirmed to Reporterly about the blast in PD16, Abdul…

Hamidullah Khadim, the head of the Herat chamber of industries informed on Sunday that a Chinese…

According to a statement released by the Presidential Palace, President Ghani met with Pakistan’s Foreign Minister…