The Office of National Security Advisor of Afghanistan has announced in a statement, the adoption of a policy and procedure for regulating irresponsible armed groups.

A Security Sector Leadership meeting was held yesterday for current security issues in Afghanistan, including the security situation in Ghazni, Faryab, Nangarhar and Farah provinces, according to a statement by NSA office. 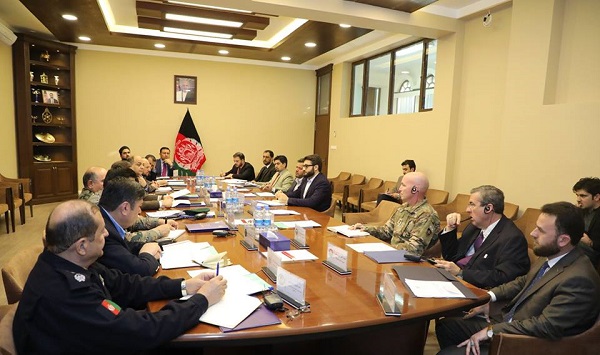 During the meeting, greater coordination and cooperation between security and defense agencies was emphasized.

The adoption of a policy and procedures for regulating irresponsible armed individuals and groups were discussed at the meeting, and following the presentation of the opinions and views of the members of the meeting, the policy was approved in Principle and was set for final approval at the National Security Council session, according to the statement.