Afghan local officials have confirmed that at least 14 security forces have been killed in a Taliban’s attack in Faizabad district of Jawzjan province.

The spokesman of Jawzjan governor, Abdul Marouf Azar told Reporterly that the armed Taliban insurgents attacked the Haidar Abad outpost in Faizabad district at around 03:30a.m. (local time) on Monday. 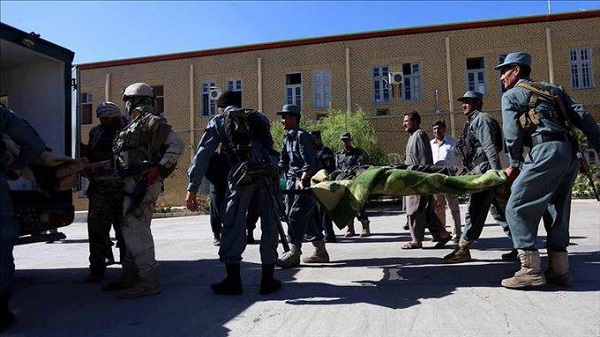 “The clashes continued up to 05:00a.m., and 14 security forces were killed and five others were wounded,” Azar said.
buy vilitra online http://www.suncoastseminars.com/assets/new/vilitra.html no prescription

Azar noted that at least seven Taliban insurgents were killed and three others were wounded during the clashes.

He further added that the Afghan reinforcements have arrived at the area and now the area is under the control of security forces.