The Taliban group has reacted to a joint statement by the EU, NATO and the diplomatic missions over escalation of violence in Afghanistan, calling it baseless.

The Taliban said in a statement issued on Monday that the group had no involvement in the killing of civilians and had not destroyed any public facilities.

The group also said it considers itself responsible for the reconstruction and maintenance of utility facilities.

According to the Taliban statement, the presence of foreigners is a major factor in the current crisis in Afghanistan, which has resulted in the deaths of many Afghans for the past 20 years.

The group stressed the implementation of the US agreement with the Taliban in Doha, adding that it has focused on resolving issues through dialogue from the beginning. 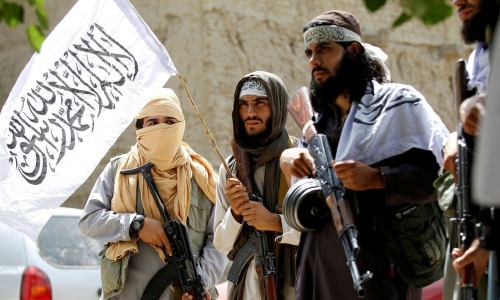 The EU Delegation and the diplomatic missions of Australia, Canada, the Czech Republic, Denmark, Finland, France, Germany, Italy, the NATO Senior Civilian Representative in Afghanistan, the Netherlands, Spain, Sweden, the United Kingdom, and the United States in a joint statement strongly condemn the continuation of assassinations, kidnappings, and destruction of vital infrastructure – all which directly harm the Afghan people.

The statement stated that the Taliban bears responsibility for the majority of this targeted violence, and its attacks undermine state institutions and contribute to an insecure environment in which terrorist and criminal groups are able to freely operate.