During the meeting, the two sides discussed the intra-Afghan talks that tookplace in Moscow last week as well as the Afghan peace process. 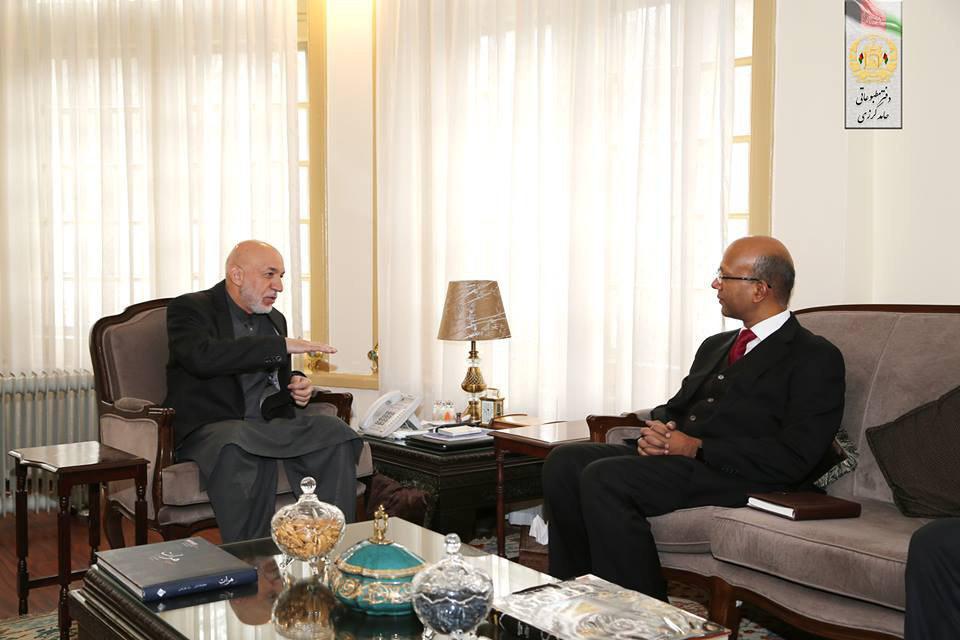 The former president has called on the Ambassador of India to cooperate fully in the pursuit of a lasting peace in Afghanistan.

Recently, US Special envoy Zalmay Khalilzad also called on the regional neighbours of Afghanistan to play and active and positive role in the Afghan peace process.