The press office of Mohammad Hanif Atmar, a candidate for the Afghan presidential election, quoted Mr. Atmar on Monday in a statement as saying that it was decided at the recent Moscow meeting that the government representatives would be also present in the next round of talks.

Atmar met with US Ambassador John Bass and Resolute Support commander, Scott Miller, and discussed the Moscow summit, along with US special envoy Zalmay Khalilzad’s meeting with Taliban, and other advances in peace, according to the statement. 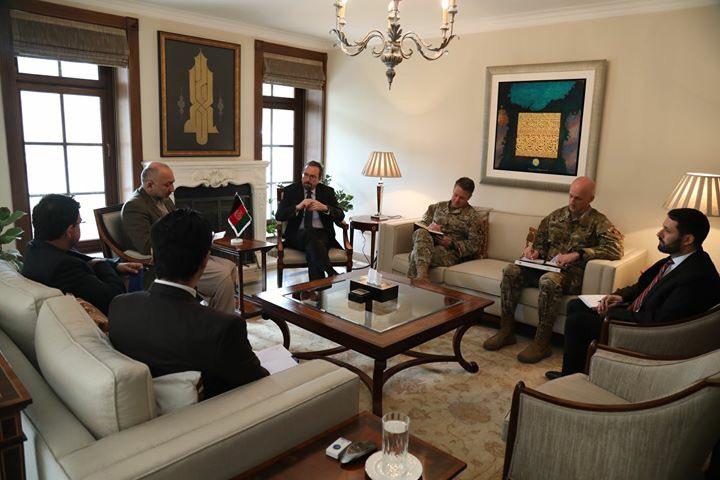 Hanif Atmar emphasized on the Moscow summit between Afghan political leaders and the Taliban group and said “This was the first intra-Afghan meeting in which both sides agreed to bring peace to the country more than before.”

Mr. Atmar stated that the Taliban accepted the recommendations of Afghan political leaders and that both sides have reached many agreements including agreeing to maintain the values of the Islamic Republic of Afghanistan, human rights and women’s rights.