The UN secretary-general on Monday welcomed recent progress in Afghan peace talks between the U.S. and the Taliban.

Addressing an international conference on refugees in the Pakistani capital Islamabad, Antonio Guterres said the UN always supported efforts for peace in Afghanistan.

Delivering a keynote address at the event marking the four-decade presence of Afghan refugees in Pakistan, Guterres expressed hope that the peace efforts would lead to intra-Afghan negotiations to pave the way for sustainable peace in the war-torn country. 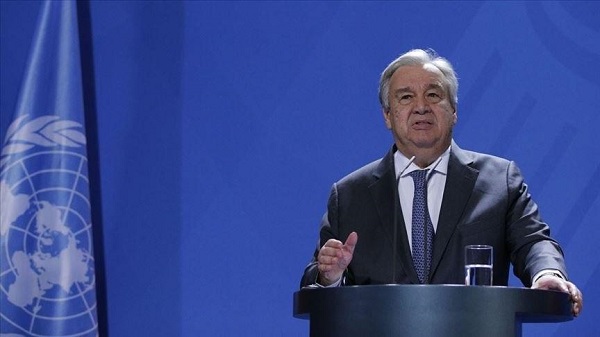 “We know big challenges lie ahead, but the message of this conference and the presence of so many senior government officials from all over the world is a testament of open commitment to a new partnership for solidarity and the better future for the people of Afghanistan and Pakistan, and for the world,” he said.

On every visit here, I’ve been struck by the extraordinary resilience, exceptional generosity and overwhelming compassion. I saw solidarity not just in words, but in deeds.”

Urging the international community to support refugee-hosting countries, he said: “We must recognize that international support for Pakistan has been minimal compared to your own national efforts. As we look to the challenges ahead, the global community must step up.”