Eight people have been sentenced to extended periods in prison after being found guilty of conspiring the infamous Intercontinental Hotel attack of Kabul which happened in January 2018.

A source from the Attorney General’s Office confirmed to TOLONews that these eight persons had been found guilty of aiding in the attack and transporting explosives. 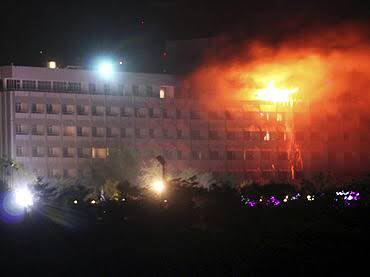 On 28 January 2018, a group of Taliban insurgents stormed the Intercontinental Hotel in Bagh-e-Bala area in Kabul city, killing 29 people. The Taliban had claimed responsibility of the attack.

Center for Historical Studies of Afghanistan Inaugurated in London

Taliban spokesperson Zabihullah Mujahid released a statement announcing that on 5th February, a conference will take…