President Ashraf Ghani in a message on Monday expressed his condolence and deep sadness over civilian casualties in Nimroz province.

“I am deeply saddened over the news of martyrdom and injury of our compatriots because of an airstrike in Khashrud district of Nimroz province. I wish the families of victims patience, expressing my condolences and full recovery to the wounded,” the Presidential Palace said in a statement quoting President Ghani.

According to the statement, President Ghani instructed the relevant authorities to mobilize all resources to reach out to families of victims and provide immediate treatment to those who sustained injuries. 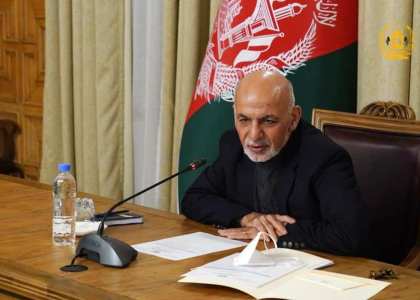 President also instructed the security officials to conduct a thorough investigation and share the findings with the office of the President.

“Taliban and other terrorist groups are using people and public spaces as their shield which is a main driver of civilian casualties. civilian casualties are the misfortune of the current war which are unacceptable and intolerable to me and other government officials,” Ghani added.

This comes as reports suggest that at least 18 members of a family have been killed in an airstrike by Afghan air forces in Khashrud district of Nimroz province.