Arg in a press release said that during the conversation, the two sides discussed the ongoing relations between Afghanistan and Australia and the peace process.

According to the press release, the two sides discussed the ongoing Taliban violence in Afghanistan and emphasized on an immediate ceasefire in the country.

The Australian Prime Minister has said that the Taliban must accept the ceasefire that the Afghan people demand. 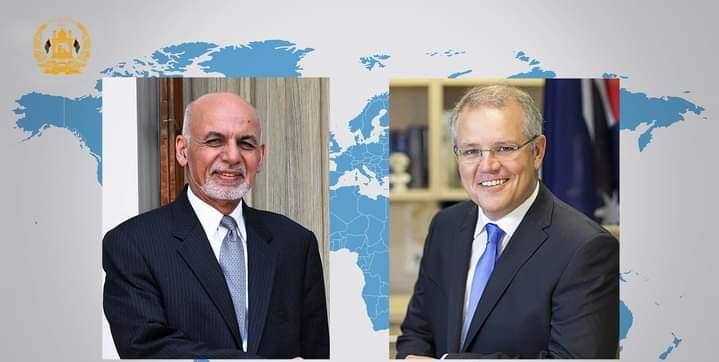 Scott Morrison added that Australia supports the Afghan-led and Afghan-owned peace process in which the values ​​and achievements of the past two decades are preserved and strengthened.

This comes as the ceasefire is one of the important agendas proposed by the government in the ongoing Doha talks.