The German special representative for Afghanistan, Markus Potzel says his country will host a new round of intra-Afghan peace talks.
buy doxycycline online https://www.californiaretina.com/wp-content/themes/twentytwentythree/parts/html/doxycycline.html no prescription

The National Security Adviser (NSA) Hamdullah Mohib has met with Mr. Potzel in Kabul and discussed peace and security issues, the NSA office said in a statement.

According to the statement, Mohib called peace as one of the top priorities of the Afghan government and praised Germany’s efforts regarding it. 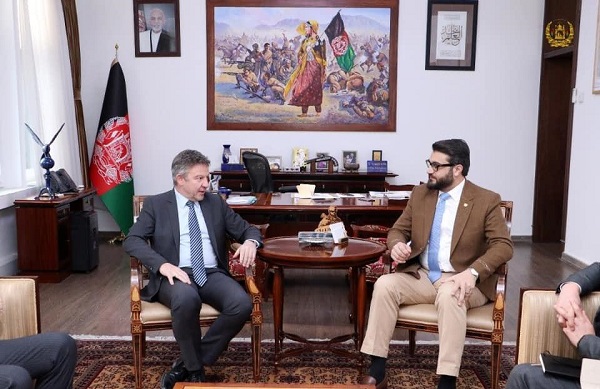 “Both sides also exchanged views on the upcoming intra-Afghan dialogue. The NSA offered his observations on how to make the next round more fruitful,” the statement reads.

In the meantime, the German’s envoy stated that his country will host a dialogue between the Afghan government, Taliban and Afghan people aims to hear the views on how to facilitate the cooperation between the Taliban and the peace process.

German-Afghan Army Adviser on Trial for Spying for Iran