President Ashraf Ghani and Abdullah Abdullah, the chairman High Council for National Reconciliation have met on Sunday evening at the Presidential Palace.

The Presidential Palace in a statement said that during the meeting, which was also attended by Hamdullah Moheb, National Security Adviser, the two sides discussed the “recent developments” in the peace process and regional issues. 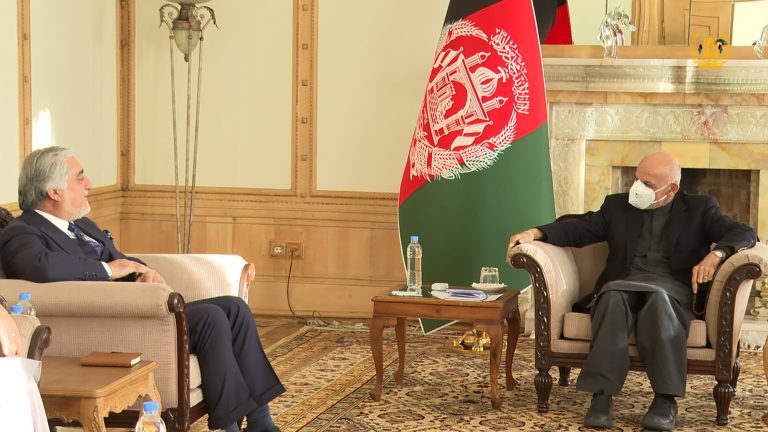 According to the statement, Ghani and Abdullah expressed concern about the escalation of violence in the country and stressed the need for a ceasefire in the country.

The meeting comes as the second round of intra-Afghan talks in Doha is moving slowly. For several days now, Taliban and government delegations have not reported about their meetings.