Arg in a statement said that the meeting was also attended by Sarwar Danesh, the second Vice President, and Mohammad Mohaqiq, Senior Advisor to the President on Security and Political Affairs.

According to the statement, President Ghani expressed his gratitude for the clear and principled position of the Shia Ulema Council, saying that the republic is a system that the equality of all Afghans is ensured. 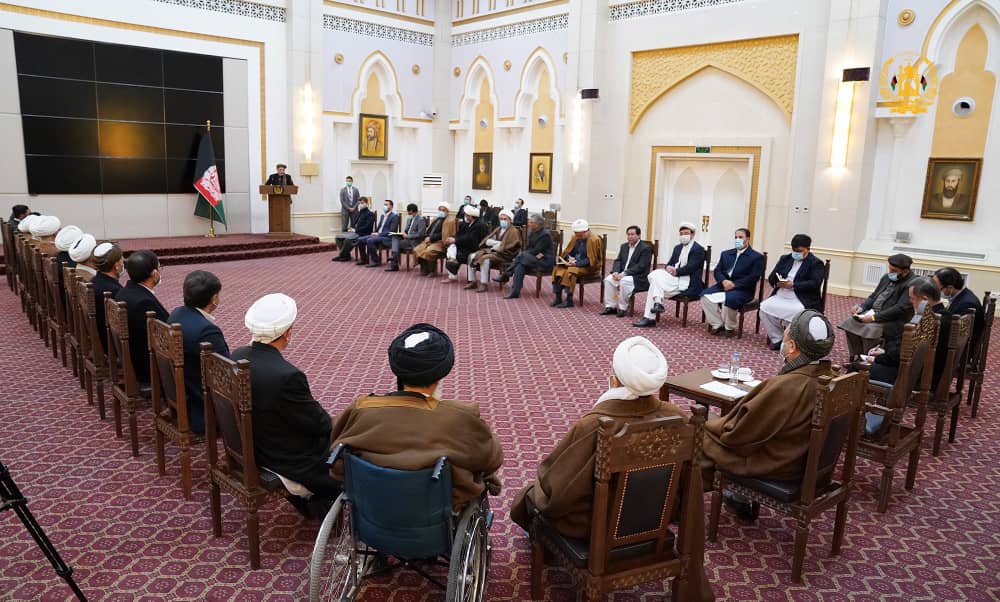 President noted that setting the goal for peace with the world and the region is for an independent Afghanistan to have national sovereignty, democracy and national unity, and that the way to other stages of negotiations is to do it carefully, prudently and confidently.

“We will never apology and surrender. We want a peace in which there is survival, prosperity and national unity,” he added.