Afghanistan has let off the 10 Chinese nationals caught on 10 December for operating a terror cell in the capital city of Kabul and allowed them to leave the country, people familiar with the matter said on Monday.

The 10 members of the module were flown out of the country in a plane arranged by the Chinese government, the Hindustan Times reported.

Hindustan Times had reported the detention of the 10 Chinese nationals by Afghanistan’s National Directorate of Security (NDS) for being part of an espionage module on 25 December.

Afghanistan had offered to pardon the 10 Chinese nationals on the condition that Beijing apologise for deploying the 10 persons including at least one woman, believed to be linked to China’s spy agency, Ministry of State Security. 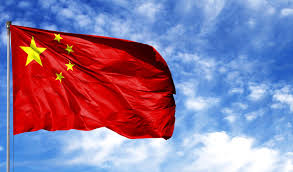 The terms of the release of the 10 Chinese spies is not known.

Diplomats and security officials in Kabul, however, confirmed to Hindustan Times that the 10 had been allowed to board a chartered aircraft that flew them out of the country on Saturday after clearance from President Ashraf Ghani.

The 10-member module, evacuated after 23 days in detention, had not been formally charged.